State Of The Arts: More Support For Engaging With The Arts As An Older Adult 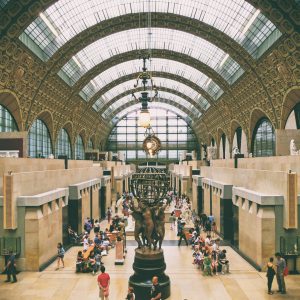 State Of The Arts: More Support For Engaging With The Arts As An Older Adult

So, did you catch a show during the holidays? Do you have a museum excursion planned for the new year? If not, you need to get going- because there’s new evidence to support the value of cultural engagement for everyone, especially older adults.

First up is a recent study out of England and highlighted in The New York Times that found even the very occasional exposure to the arts (say taking in a show once or twice a year) seems to help people live longer than their peers who have no exposure to the arts. As Professor Andrew Steptoe of University College London stated, “We know that a sense of purpose in life is important…(and) being involved and excited by the arts keeps and maintains your sense of purpose in life.” While this study didn’t prove a cause and effect between the arts and mortality, it does point the way toward important new research to further understand the connection.

Over at Next Avenue, writer Sharon McDonnell recently described several studies touting both active and passive engagement in the arts as an antidote for many ailments, including depression. A recent study in the Journal of British Psychiatry found that those who engage in some kind cultural activity can lower their risk of developing depression, and the more often you engage, the greater the reduction of risk, to the point where those who engage or attend such activities once a month can lower their risk of depression up to 48% versus those who don’t engage at all. Finally, a recent study out of Australia and published in the Journal of Alzheimer’s Disease found that art museum-based therapy can improve the well-being and memory skills of those with dementia. The National Gallery of Australia runs a therapeutic program specifically designed to engage and connect with those who have dementia and this study documented memory and verbal fluency improvement among those with dementia who participated. For those with interest who live in the New York City area, the Metropolitan Museum of Art has a similar program. So plan that museum excursion and read more here.

And speaking of planning an excursion, you might want to take a look at this description of the best upcoming US museum exhibits of 2020. Or, if the theater is more your thing, check out this schedule of upcoming Broadway shows for the year to come!