Something’s Coming: The Stage and Screen Revival Of West Side Story 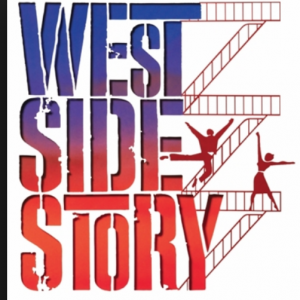 Something’s Coming: The Stage and Screen Revival Of West Side Story

Did you experience the thrill of seeing it on Broadway in 1957? Or maybe you first caught wind of the phenomenon that is West Side Story when the original movie came out in 1961, starring Natalie Wood. No matter how you know it, you’re likely aware of the uniquely American musical story of Tony and Maria, the star-crossed young lovers who defy the obstacles and their origins to come together, much as Romeo and Juliet did centuries before them. With a masterful American team of creators (including Leonard Bernstein, Jerome Robbins, and Stephen Sondheim), West Side Story reflects a complex American tapestry of diversity and differences that may well be a useful parable for today’s complicated political climate.

Obviously, others see this as well, because 2020 will premiere both a new theatrical staging, as well as an updated movie version, of this well-known story. Starting with Broadway: The provocative stage director Ivo van Hove will premier his own interpretation of the musical beginning with previews in December 2019 and opening officially in February 2020. Undoubtedly, given the drama that often attaches to von Hove’s productions (including this season”s Network with Bryan Cranston), this new Broadway production of West Side Story will be a definitively  21st-century version of the story. Tickets can be purchased here. And for some further insights into the original theatrical production, check out this West Side Story website, created by Leonard Bernstein’s daughter Jamie Bernstein.

The new movie version, under the auspices of director Steven Spielberg and writer Tony Kushner, is slated to be released the end of 2020. And one fun fact about the upcoming movie: Rita Moreno, the now 87-year-old actress who played Anita in the original movie, is an Executive Producer of the new film and even had a role created for her so that she, too, will be on screen in this 2020 version. So pull out your popcorn and listen to Rita spill on her new role in the upcoming Spielberg film of West Side Story.