Some Soup and Some Schmooze: Enjoying A Meal At The Second Avenue Deli 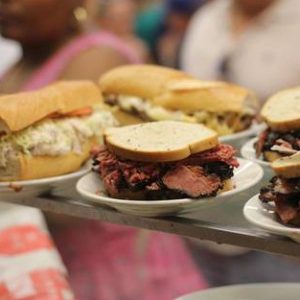 Some Soup and Some Schmooze: Enjoying A Meal At The Second Avenue Deli

Sometimes you want to put the “healthy” aspect of healthy living on the back burner, and instead focus on the living. And in that case, there’s nothing like an old-time New York deli meal, complete with the pickles and the pastrami. Over at the Second Avenue Deli in New York City, founded in 1954, you’ll find Steve Cohen, the manager for more than 35 years, who likes nothing more than to schmooze with his customers and connect with the past. For a trip down memory lane, and a hankering for a good corn beef sandwich, watch Steve talk about the restaurant Here. And for an even older New York deli? There’s only one and it’s Katz’s, founded in 1888 on the lower east side, and still owned and run by the same family. Their motto? Don’t change what works. While they may be expanding, they’re still much the same as your grandparents’ era. So take out the mustard and check out the restaurant Here.