Rough Waters: The Impact Of Dementia On Marriages 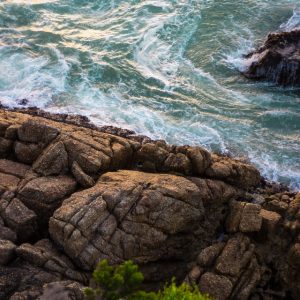 Rough Waters: The Impact Of Dementia On Marriages

It’s common enough these days for older couples to find themselves divorcing. In fact, the rate of divorce among those over 50 doubled between 1990 and 2010. Divorce at this stage of life can have a profound impact on each spouse, as well as on the extended family of adult children and even grandchildren. And among older couples with one spouse afflicted with a serious illness, the divorce rate can skyrocket to up to 75% of couples.

No doubt, the burden on the well spouse who provides caregiving can be enormous, perhaps more so when the ill spouse suffers from dementia. While there are strategies that couples can use to help protect and sustain their relationship when confronted with serious illness, once dementia enters the picture it’s inevitable that there will be a profound and permanent change. As author David Kirkpatrick states, ”mutuality- the common ground they used to share” is forever lost. Kirkpatrick has written a book about coping with, and caregiving for, his wife with dementia, entitled Neither Married Nor Single: When Your Partner Has Alzheimer’s or Other Dementia. In it, he details the journey he went through as his wife slowly diminished from the disease and eventually didn’t even recognize him. To read more about Kirkpatrick and other spouses who have had similar experiences, click here.

One more recent example of the impact of dementia on a marriage has been the revelation that Dan Gasby, longtime husband of celebrity restaurateur B. Smith, has developed a new relationship with another woman, even while he continues to devote himself to the care of Smith, who has long suffered from Alzheimer’s. Gasby has chosen to live publicly and openly with this arrangement and has endured a lot of criticism as a result. It’s rough terrain to navigate- make up your own mind by reading here.