Push Back: Antibiotic Use In Older Adults 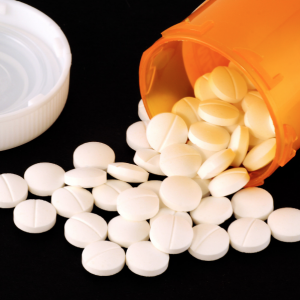 Push Back: Antibiotic Use In Older Adults

Maybe you were feeling poorly and finally dragged yourself to the doctor. And while she said you were probably suffering from a viral infection, just to be safe you were prescribed an antibiotic. And maybe within a few days, you began to feel better and decided to stop taking the antibiotic, but stashed the remainder away “just in case” you need them later- shame to waste them after all, right? Sound familiar? Well, according to a new poll of older adults, it’s all too familiar and a real problem when it comes to antibiotic use and antibiotic resistance around the country.

According to a new survey just published by The University of Michigan’s National Poll on Healthy Aging, ½ of those polled (ages 50-80) had filled a prescription for antibiotics during the past 2 years, for ailments ranging from respiratory or dental infections to urinary tract and skin infections. While only 1 in 8 then said they had “leftovers” (they’d stopped taking the antibiotics for a variety of reasons), ⅔ of those saved the pills for themselves in case of another infection. That’s a real problem, however, because taking antibiotics without medical supervision could lead to serious interactions with other drugs, not to mention antibiotic resistance down the road. As a recent post in Harvard Health about the rise in antibiotic-resistant urinary tract infections explains, “When they (antibiotics) aren’t needed, they kill good and bad bacteria alike, putting the body’s bacteria under intense pressure to survive.” And everyone is at risk when antibiotic-resistant bacteria survive and thrive.

Demanding antibiotics when they’re not really necessary, or discontinuing them before your prescribed course is over, or even using “leftovers’ the next time you don’t feel well, are all contributing to the antibiotic resistance crisis happening around the world. Thus, the next time you have a urinary tract infection (UTI) it just may be that your Cipro or Bactrim won’t do the trick.

So how can you be part of the solution rather than contributing to the problem of antibiotic resistance? Writing in The New York Times, Paula Span decries our “culture of culturing” and urges physicians and patients alike to stop using antibiotics in older adults who may have bacteria in their urine but no symptoms of a UTI. (And geriatrician Leslie Kernisan agrees that most older adults with asymptomatic bacteriuria do not need to be treated). As well, experts suggest you always ask your physician whether you really need a prescribed antibiotic or whether there are alternative strategies to try.

And while scientists acknowledge we need to search out both new strategies and new antibiotics to combat drug-resistant bacteria, the bottom line, for now, is to only resort to antibiotics when absolutely needed, especially if you’re an older adult already taking several other medications. Especially in this flu season, when we know antibiotics can interfere with the flu vaccine, it seems less is better when it comes to taking antibiotics.