Poverty At The Door: Consequences From Being An Impoverished Senior 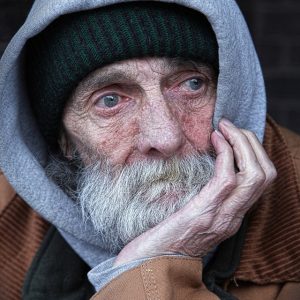 Poverty At The Door: Consequences From Being An Impoverished Senior

It’s never easy to live in today’s world if you don’t have enough money. Couple the challenges of being impoverished with the realities of being a senior, and the consequences multiply- sometimes with life-altering impact. Take, for example, a new study out of University College of London and just published in JAMA Psychiatry. Researchers found an association between wealth in later life and the incidence of dementia. While it’s not necessarily the cause of dementia, having limited economic resources may mean a less healthy diet, fewer social and cultural connections and, overall, a less healthy lifestyle, all traits associated with a higher risk of dementia. You can read more about this study Here. And another new study out of Columbia University College of Physicians and Surgeons reports that poor older adults with Medicaid insurance have higher mortality rates following an ICU hospital stay than those with more robust insurance. This finding was especially true for those impoverished seniors who were discharged from a hospital to a nursing home. Read more about these provocative findings Here. And even if you wouldn’t necessarily be considered poor, it seems that seniors who perceive themselves as less well off than others in their communities feel worse about getting older. Apparently, while it may be no fun growing old, it’s even more distressing if you feel less wealthy than your peers. So flip those couch cushions for some loose change, and take a look Here.