Perilous Pills: Too Many Medications Are Harming Us 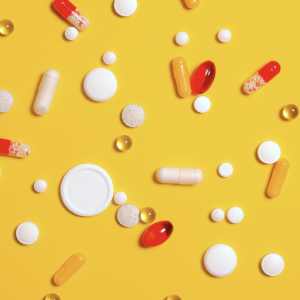 Perilous Pills: Too Many Medications Are Harming Us

If you’re an agebuzz reader, the warning should come as no surprise: the risks of taking too many medications and suffering bad drug interactions or side-effects increase with age. It can also leave you vulnerable for all sorts of perils, from increased confusion to greater risk of falling. In fact, in a just-published column, New York Times columnist Jane Brody discusses the “prescribing cascade” effect, where the side effects from one medication cause problems that lead to yet another medication that can then cause additional side effects. Especially if you or your primary care physician are not keeping track of all the medications you take, it may be that your ailments are caused, rather than cured, by the medications you consume. For a general resource and review of medication risks and older adults, open your medicine chest and take a look here.

And we now have some new examples of medication complications that appear to be hurting rather than helping older patients. First, a recent study published in The Journal of the American Geriatrics Society found that 2 out of 3 older adults in hospitals were prescribed “potentially inappropriate medications (PMI)” at discharge, meaning they were being sent home with drugs more likely to be harmful than beneficial. Why this occurs is complex and may involve inadequate insights among prescribing physicians about alternative, less harmful prescribing options. Find out more by clicking here. Another recent study of older, community-dwelling adults with dementia found that 75% of them may be on a medication that is not only ineffective in addressing their dementia but in fact, may be causing side-effects that worsen their condition. These medications have likely not been approved by the FDA for dementia patients yet are commonly prescribed and can lead to such serious side-effects as falls or sedation. To better understand this problem, click here and here.

Finally, a recent comprehensive review of some of the most commonly prescribed medications consumed by older adults found that anticholinergics, which include common over-the-counter medications as well as prescription drugs for overactive bladder, depression, or Parkinson’s, can hasten cognitive decline in certain patients, especially those already at risk for Alzheimer’s. Researchers suggest that those who take anticholinergic drugs consult their physicians to determine whether dosage levels are appropriate or whether there are other drugs with less risk available as a replacement. To find out more, put down that pill bottle and read here.