Peril Or Potential: What Does An Aging Planet Portend? 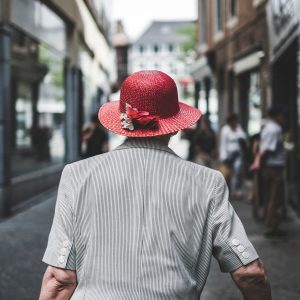 Peril Or Potential: What Does An Aging Planet Portend?

From one perspective, the world appears to be entering dangerous, unchartered territory. The populations of most countries around the world are shrinking while at the same time they are aging. Fewer younger workers are available to support a larger number of retired older people. Fertility rates are at the lowest they’ve ever been in the United States and by 2050, 25% of the world’s population will be 60 and older (except for Africa). These facts and others are all part of a deep dive into our aging world that you can read about in a new special report from Axios. Certainly, this sounds ominous.

Yet, from a different perspective, not so much. A recent article from the World Economic Forum instead argues that we’re too focused on the “myth of an aging society.” While it’s true that our societies are aging, it’s also true that we’ve begun to see a difference between “chronological” aging and “biological” aging. That is, while populations around the world are getting older, they’re also living longer, healthier lives than ever before so that the pessimistic view of an “aging time bomb” may miss the potential economic benefits that can accrue from healthy longevity. Rather than fear the coming financial and social burdens of an aging society, perhaps we should be investing in ways to ensure that older people can continue to be productive members of their societies well into their later years. So, are we on track for peril or potential? Only time will tell.