Pain-Free: The Increasing Use of Marijuana For Pain And Symptom Relief 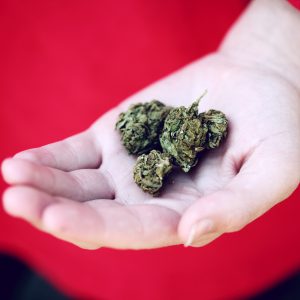 Pain-Free: The Increasing Use of Marijuana For Pain And Symptom Relief

You may not think of yourself as someone who would smoke marijuana, but if you experience the pains and aches of injury or aging, you may want to reconsider your position- or re-acquaint yourself with today’s forms of cannabis. It turns out, from edibles to “spreadables”, cannabis is no longer confined to a joint or pipe- and for those of you in pain, it may just be the most valuable ingredient in your skin cream or chocolate bar for much-needed pain relief. In fact, in her just-published piece in The New Old Age series of the New York Times, Paula Span shines a light on the increasing popularity of cannabis among seniors, who are searching for pain relief without the side effects of opioids. And there’s now published research that shows a drop in opioid use among seniors in states where medical marijuana is legal.

In fact, use of marijuana or other cannabis-based products by seniors is becoming commonplace, despite the lack of scientific evidence of its value. For example, Minnesota is now set to become the 13th state in the country to permit the use of medical marijuana for treatment of Alzheimer’s symptoms, and younger people are beginning to worry that maybe their aging parents are using marijuana a little too much! It’s even becoming an issue in assisted living and nursing home settings, pitting the rights of residents to find comfort using cannabis against the liability concerns of facilities since marijuana use is still considered illegal under federal laws.

But with the reality of strong public support for the legalization of marijuana, it’s use is likely to become more prevalent as the population ages and searches for pain relief. And, if you’re savvy, there may even be business opportunities for entrepreneurs looking to get in on this market. For a fascinating look at some senior ladies who sell marijuana paraphernalia, introduce yourselves to the Village Grannies of New York City by watching here.