Not So Plain Jane: A Look At The Life Of Jane Fonda 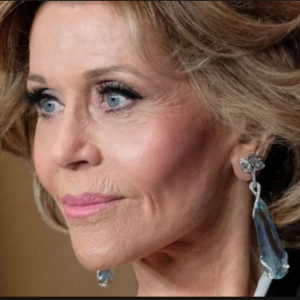 Not So Plain Jane: A Look At The Life Of Jane Fonda

Whether as an ingenue, political activist, fitness guru or now television star, actress Jane Fonda has always been a somewhat controversial and yet fascinating public figure. Now 80 years old, Fonda stars in the fifth season of her Netflix show Grace and Frankie. Along with actors Lily Tomlin, Sam Waterston and Martin Sheen, Fonda and Tomlin star as housemates thrown together after their law-partner husbands reveal their own romantic relationship. As she has done throughout her career, Fonda breaks down stereotypes and societal norms to portray an older woman not interested in playing by the rules.

Fonda has never shied away from public discussion of difficult topics. And as she begins what she describes as “her last act,” she’s also the focus of a new HBO documentary premiering on September 24th: Jane Fonda in Five Acts. You can read a fascinating interview with Fonda as she looks back on her life and her current roles Here. And to watch a rollicking interview of Fonda and Tomlin together discussing their show and female friendship during a TED talk, pick up your remote and Click Here.