Men In The Pandemic: The Risk And Reality Older Men Face 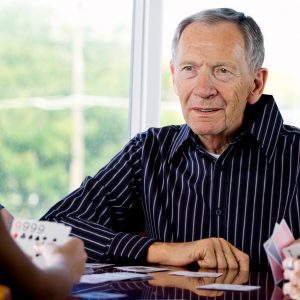 Men In The Pandemic: The Risk And Reality Older Men Face

The data have been pretty consistent for a long time: While men make up approximately 49% of the overall population, for those over 65, the population is 57% female. In other words, something is happening to create a distinct survival difference as men reach their later years. Whether it’s biology, culture, lifestyle, or some combination of factors, we know that men are at a longevity disadvantage, and as a society, we need to try to work to close that gap. However, in current times, we are also now seeing another such gender gap: it seems apparent that when it comes to the coronavirus, older age and sex (that is, male) seem to predict who is more likely to die from COVID-19. While both men and women appear to be at similar risk for acquiring the virus, men appear to succumb more frequently. In fact, New York City data reported in April that men were dying at a rate of 2x that of women. Hospitals in New York saw a stark gender disparity, with more if not most patients on respirators reported to be men.

Why is this happening? A recent article from the Brookings Institution reports that this COVID-19 gender gap has been seen both across the country and worldwide. There’s been no definitive answer as to why this is, with ideas ranging from more pre-existing conditions among men to differing immunological responses or different hormonal factors. We know that age itself poses a risk, with weaker immune systems in older adults, but somehow women afflicted with the virus appear to be better able to fight it off than men. One other worrisome sign when it comes to older men and the coronavirus? New research published in The Journals of Gerontology reports that older men worry less about catching COVID-19 than younger groups of either men or women. And since worry is a motivator of behavioral change, it may be that older men are thus taking less action to protect themselves from catching the virus, such as washing their hands or wearing a mask. So, not only are older men at risk of dying from the virus because of their age and sex, but it appears that their behavior may also be setting themselves up for this deadly confrontation. For more insights into this new research, read here.