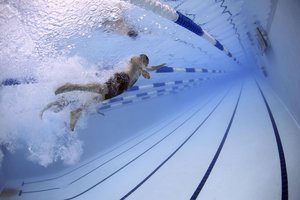 We usually think of world-record athletes as young, vigorous Olympians, performing at the peak of their prime. But at the end of 2016, four somewhat older athletes also broke a world record, and their feat was no less exciting. Last December, Rowdy Gaines, himself a 3-time Olympic gold medalist swimmer, hosted The Master Classic Swim Meet in Orlando, where four senior athletes broke the world record for the 200 meter free-style relay. These swimmers, 2 men and 2 women, ranging in age from 86 to 93, demonstrated that with purpose and perseverance, anything is possible. They brought Rowdy to tears, and their story will deeply move you as well. Watch and learn from these master swimmers Here.