Make It A Movie Night With “The Last Suit” 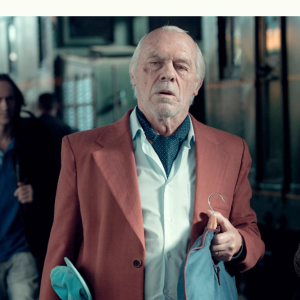 Make It A Movie Night With “The Last Suit”

While it’s a well-known fact that Jews fleeing the Holocaust settled in all corners of the globe, less well known is what’s happened to these survivors as they’ve grown old in foreign lands. Many survivors fled to Latin America, and it’s the story of one such survivor that’s the focus of a new and award-winning film, The Last Suit. Starring 69-year-old Argentinian actor Miguel Angel Sola as the fictional Abraham Burzstein, the story of The Last Suit centers on retired tailor Burzstein, a Holocaust survivor in Buenos Aires, whose family sold his home in order to move him into a retirement home. Resisting this move, Abraham instead secretly embarks on a long road trip to go back to Poland and find the Christian friend who saved his life. Described as both comedic and poignant, it’s a late-in-life journey filled with its own twists and turns as Abraham attempts to recapture a long-lost life and memories. Read more about this sweet tear-jerker here and check out dates here for when it will arrive in theaters near you.