Leave Nothing To Chance: Why You Need To Screen For Colon Cancer 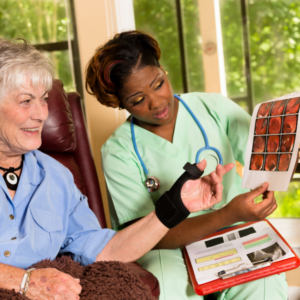 Leave Nothing To Chance: Why You Need To Screen For Colon Cancer

It’s one of the most dreaded screening tests recommended for patients. In fact, you may remember that a recent survey found that the only thing worse for people than a colonoscopy was talking to relatives about the end of life! And yet colonoscopies indisputably save lives that would otherwise have been lost to colorectal cancer (the second most deadly cancer in the United States). Most often diagnosed in people over age 50 (yet with rising rates among younger adults), colon cancer is the 3rd most commonly diagnosed cancer among both men and women.  Annually in the U.S., it’s estimated that over 106,000 cases of colon cancer and another 44,000 cases of rectal cancer are diagnosed, with over 50,000 deaths due to colorectal cancer. Yet screening, diagnostic, and treatment tools exist to prevent most cases if they are deployed in a timely and regular fashion.

Beyond screening (which we’ll discuss more below) it’s clear that lifestyle plays a role in your risk of colon cancer. Recommendations for lowering your risk include a healthy diet, physical activity, limited alcohol, keeping weight under control, and no smoking. In fact, with regard to diet, there is mounting evidence that a “Western-style” diet (one filled with red meat, highly processed food, and empty calories) can exacerbate your risk. Another new study published in BMJ found that men who consumed ultra-processed food were at greater risk for developing colorectal cancer than those who did not. So cancel the fast food delivery and click here for more info. Other factors affecting your risk include family history, genetics, and chronic conditions such as Crohn’s disease or ulcerative colitis.

So beyond your lifestyle hacks, there’s really no debate about what you can do in order to lessen the likelihood of being diagnosed with colorectal cancer. The only question is colonoscopy versus some other screening method. The US Preventive Services Taskforce now recommends that everyone between the ages of 45-75 be screened for colon cancer (though there is data showing that approximately 30% of those eligible have never been screened). If your risk is high (perhaps you have a history of colorectal cancer or polyps, or a first-degree relative with the disease) you are advised to be screened even before age 45. As you likely know, a colonoscopy, during which a light, flexible tube (with a light and camera) is inserted into your colon (part of the large intestine) to determine if precancerous or cancerous polyps are present, is considered the “gold standard” of colon cancer screening. It not only detects polyps but allows for their removal during the same procedure, thus eliminating the need for further invasive interventions. The prep for a colonoscopy is not fun (cleaning out your colon by ingesting fluids intended to eliminate all stool), and it likely will leave you down and out for a day or two, perhaps missing work and causing other logistical challenges. Ideally, there should be no charge for a colonoscopy as it should be considered a preventive screening under the Affordable Care Act, but there are reports that some hospitals switch the billing code to “diagnostic” rather than preventive screening and are thus able to bill you for the procedure, which could run thousands of dollars. Word to the wise: clarify ahead of time whether your facility plans to bill you.

There are several less invasive alternative screening tests to a colonoscopy, some requiring less pre-test prep but more frequency, some with relatively high false positive rates, and all requiring follow-up with a colonoscopy if test results indicate the possible presence of cancer. It’s clear the use of at-home testing involving the collection of stool samples is on the rise, both due to the pandemic and to their less invasive nature. There’s no doubt that having a colonoscopy is not an enjoyable experience and if these at-home tests are more palatable, it’s better to have a less discerning test than no test at all. But as previously said, doing an at-home test may not spare you from the colonoscopy but instead, just create another hurdle. For the story of one woman who resisted but was ultimately grateful for her diagnosis with a colonoscopy, grab a hospital gown and click here. And for a little humor, and a little more colonoscopy encouragement, watch actors Ryan Reynolds and Rob McElhenney discuss and share their colonoscopies here. They were thankful for the procedure and you’ll be thankful that they share their experiences.