In Plain View: A Son Chronicles His Mother’s Battle With Lewy Body Dementia 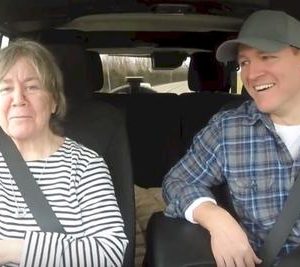 In Plain View: A Son Chronicles His Mother’s Battle With Lewy Body Dementia

It’s not uncommon for an adult child to be the caregiver for an aging parent. Perhaps it’s a little less common when that caregiver is a son. But perhaps most unusual of all is the son’s decision to document the time he spends with his mother, as her world collapses because of Lewy Body dementia, a little known type of dementia that afflicts over one million people in the US. It’s through this documentation, on video and social media, that Molly’s Movement was born. Joey Daly started this movement in the beginning of 2017, creating a weekly YouTube series of his visits with his mother Molly and a Facebook support group for others grappling with similar issues. It’s raw and real and watched by people all over the world. For a short documentary by NBC about the story behind Molly’s Movement, Watch Here. And for more information about Lewy Body dementia, Read Here.