Good, Not Great: An Update On This Year’s Flu Season 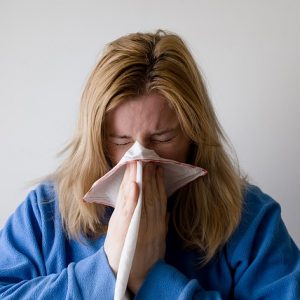 Good, Not Great: An Update On This Year’s Flu Season

As you may remember, last year’s flu season had serious consequences. It sent 1 million people to the hospital and claimed 80,000 lives. Most people contracted the H3N2 virus, which researchers confirm was not included in last year’s vaccine. This year’s vaccination includes strains for both H1N1 and H3N2, which are the most common strains leading to illness. As a result, the 2018-2019 flu season is shaping up to be a milder one, with significantly fewer deaths and hospitalizations. Not surprisingly, the highest rate of hospitalizations has occurred among adults 65 or older, many of whom have an underlying medical condition that leads them to be more susceptible to illness.

Despite the improvement from last season, there have still been as many as 16,000 deaths reported so far, which is higher than what would be expected for a mild flu season. In comparison, Canada has reported 72% effectiveness from the flu vaccine in all age groups, while Hong Kong has reported 90% effectiveness in children.

But this year’s flu season is not over yet, and medical professionals still highly recommend getting vaccinated if you haven’t already. By taking this preventative step, you have a better chance of finishing this flu season on a positive note and of protecting both yourselves and your loved ones from the consequences of contracting the flu.