Gatecrasher: Bill Gates Goes All In On Alzheimer’s Research 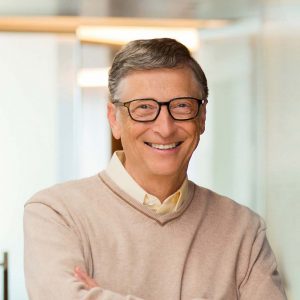 Gatecrasher: Bill Gates Goes All In On Alzheimer’s Research

You know him as one of the founders of Microsoft and now one of the richest, and most philanthropic, men in the world. And he’s just announced his investment of $50 million of his personal wealth toward a new venture capital investment fund devoted to dementia research. Bill Gates announced on his own website that for the first time, he’s devoting considerable money for research into a non-communicable disease, i.e., Alzheimer’s. Citing both humanitarian and economic reasons, including personal family history, Gates describes the challenges facing Alzheimer’s researchers, including the need for better understanding of the biology of the disease, better diagnostic tests, and the need to improve research into novel theories, with quicker clinical trials and better patient recruitment. In a conversation with CNN’s Sanjay Gupta, Gates describes the devastation that Alzheimer’s causes and the escalating toll this will take on families and countries if effective treatments are not discovered. Watch the CNN interview Here and read more about this new Dementia Discovery Investment Fund Here.