Flick Picks: Films To Watch At Home Or In The Theaters 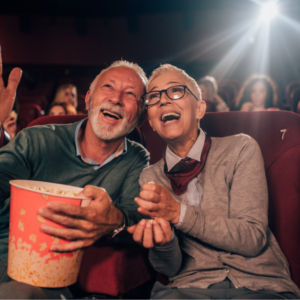 Flick Picks: Films To Watch At Home Or In The Theaters

As we head toward the end of the year, critics and filmmakers alike are making a final push to make sure you see what are considered this year’s best and most interesting films. Whether online or in theaters (and sometimes both) these recommended flicks are sure to engage and entertain you, with both fictional tales along with real-life stories. So clear your calendar, and let’s go to the tape.

First, the lists of films to see now (or soon): From NPR, there’s a list of both movies and shows streaming on television and the internet, featuring such actors as Susan Sarandon, Ralph Fiennes, Sidney Poitier, and George Clooney. So grab your Goobers and click here. If you want to continue with just streaming options, of both new and old favorites, take a look here at some of the best movies new to every major streaming platform for October. Furthermore, The Atlantic recently posted what they are calling “the most anticipated films of the season.” The list includes films both domestic and international, and films exclusively in theaters as well as those in both theaters and streaming. Finally, if you’re still looking for that one special film, click here to look at Vox’s brand new list of 29 new movies to get excited about.

If you’d rather consider some less commercially promoted but perhaps equally compelling films, we’ve got some of those for you as well. For example, consider the upcoming documentary on PBS called Show Must Go On. This movie, to be televised on PBS stations this Fall, shines a light on four women participating in a performance at a retirement community, and as they prepare for their final show, they reflect on the strengths and talents they have found through their efforts and the support they found in this community. Directed by the son-in-law of one of these women, this film underscores the value of purpose and community as you live out your later years. Find out more here and check out the film’s Facebook page here.

Another real-life documentary that will keep you watching is the new film What We Leave Behind, a New York Times Critic’s Pick. Developed and directed by the granddaughter of the main focus of the film, this movie tells the real-life story of 89-year-old Julián, who for decades has traveled back and forth between his home in Mexico and work in the United States, where much of his family now resides. Lovingly following her grandfather in his final push to build a home in Mexico for his family to return to, watching this quiet portrait of a grandfather and his beloved granddaughter will be a memorable and moving experience. To find out more, watch the trailer here and look for the film on Netflix.

Finally, for a science-fiction film that is not so far-fetched, or far into the future, consider the new Japanese film Plan 75. The film revolves around an aging Japanese society buckling under the strain of its burgeoning aging population. To address this crisis, a program arises to encourage adults over age 75 to consider euthanizing themselves, with the incentive of a modest compensation for their progeny. Obviously and purposely provocative and profound, the film will be Japan’s submission for this coming year’s Oscar nominations. While it’s still being viewed at film festivals and not yet released in theaters or online for commercial viewings, you can get a sense of what the film is about by watching the trailer here. And with a 90% rating on Rotten Tomatoes, you may want to read a recent review here.