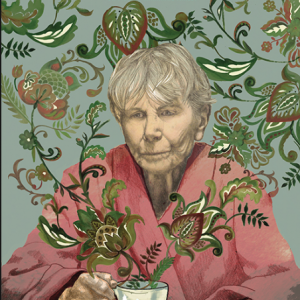 While they may not have the celebrity power of A Star Is Born, or the critical buzz of such nominees as Roma, there are some noteworthy films among this year’s Oscar nominees for short films that are definitely worth your while. In the category of Animated Shorts, you’ll find the film “Late Afternoon,” a cartoon depicting the inner landscape and imaginary travels of Emily, an older woman dealing with memory loss. Find out more about this poignant film and the creative process behind it here. Then, in stark contrast, plunge deep into the world of end-of-life care in End Game, a nominee for Best Short Documentary, currently available on Netflix. You’ll find yourself immersed in the real-life challenges facing patients, families and their caregivers as they confront terminal illness and approaching death. Finally, in the category of Short Live Action films is the movie, Marguerite, a moving French-Canadian film depicting the relationship between a debilitated older woman and her paid caregiver who reveals she is a lesbian. The revelation sparks a long lost remembrance and emotional bond between the two women. See the movie trailer for this emotionally powerful film here and read a movie review here. And pass the popcorn to get ready to watch the Oscars presentation on February 24th!