Fight On: The Continuing Challenge To Develop Effective Alzheimer’s Treatments 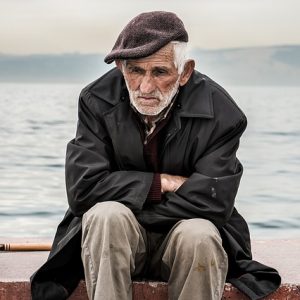 Fight On: The Continuing Challenge To Develop Effective Alzheimer’s Treatments

Receiving an Alzheimer’s diagnosis can be devastating. Realizing that there are few, if any, effective treatments on the market only adds to the devastation. And while research continues, it’s clear the pharmaceutical industry is still struggling to come up with options. Just this week Pfizer announced they are giving up their Alzheimer’s research. Other drug companies continue their work, attempting to focus on more preventive efforts rather than drugs to respond once the diagnosis is made. But the reality is we are still likely many years away from developing effective weapons in the fight against Alzheimer’s. Recently, Terry Gross, on her Fresh Air radio show, interviewed Dr. Joseph Jebelli, author of the newly published book, In Pursuit of Memory: The Fight Against Alzheimer’s. Jebelli, a British researcher focusing on the cell biology of Alzheimer’s, was driven to study this devastating disease after he lived through his grandfather’s struggle with the illness. In his book, Jebelli covers the history of the disease, current recommendations for dealing with it and what’s coming down the pike, including his pronouncement that he anticipates in ten years we will have much better treatment options available for those diagnosed. With hope and candor, Jebelli discusses the state of the art of current Alzheimer’s research efforts with Terry. Listen to their conversation Here.