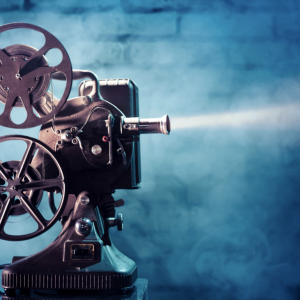 While few of us are likely to be heading back to movie houses anytime soon, that doesn’t mean we need to be denied the opportunity to see great new films- especially films that are geared toward those of us looking beyond animation, superheroes, or science fiction. And there happen to be several new films, some available to download or stream, that should keep your mind engaged and your hands in the popcorn bowl. Not that their themes are easy to swallow or lighthearted. On the contrary, these new Fall films may have you thinking more profoundly than you’ve typically done during the pandemic.

First up, consider the new biopic about Australian singer Helen Reddy, who passed away this week and whose iconic feminist song “I Am Woman” filled the airwaves during the 1970s. A new movie about her music and life, “I Am Woman,” (see the trailer here) has recently come out and is available to see on iTunes. For a review of the film, grab your candy and click here. And keeping with the feminist theme, there is the brand new film by director Julie Taymor called “The Glorias,” based upon the memoir of 86-year-old feminist icon Gloria Steinem. The film premiered on Amazon Prime and the trailer can be seen here. You can read more about the movie, and Gloria Steinem, in a just-published interview with her from Senior Planet. Finally, there is the brand new film on Netflix entitled “Dick Johnson is Dead,” by cinematographer Kirsten Johnson. In essence a love letter to her father suffering from dementia, Johnson convinces her dad to participate in a humorous and playful “documentary” capturing the various tragedies that lead to his death. Sounds morbid but in fact, it’s sweet and loving. Read a review of the film here and watch the trailer here.

If artists are of interest, there’s a new film starring Bruce Dern and Lena Olin entitled The Artist’s Wife. While the reviews have been mixed, Olin’s character of an artist dealing with the dementia of her artist husband has been called impressive and compelling in a review by Variety. You can see the trailer for the film here and keep your fingers crossed it will be released in the US for distribution soon. Another highly anticipated film that is awaiting US release is called “Supernova,” starring Colin Firth and Stanely Tucci as a long devoted couple grappling with dementia. You can see the trailer for Supernova here and read a recent stellar review in The Guardian here.

And lastly, a new documentary coming to your local PBS station at the end of October, The Art of Aging Well is a comprehensive view into how older adults, no matter their age or condition, can become healthier and live better through exercise. With practical tips and interviews with those who have done just that, the movie is the brainchild of Jim Owen, whose own journey from Wall Street executive to author to inspirational speaker on better health and living through exercise inspired this film. Read more about Owen and his own life-altering exposure to exercise here.