Every Minute Counts: A View, and Counterview, Of Alzheimer’s Disease 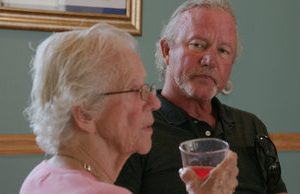 Every Minute Counts: A View, and Counterview, Of Alzheimer’s Disease

The word is out: Last night, on public television, an urgent and alarming documentary on Alzheimer’s Disease premiered. Part of a broader focus to attract public attention and resources to the fight against Alzheimer’s, the documentary, “Every Minute Counts,” will be available to stream online and has its own website that includes events and resources to amplify and expand on the film’s message. Overall, this film underscores the urgency not only for patients and families, but for society at large, to devote resources to finding medical breakthroughs for Alzheimer’s. However, there is a counter-narrative to the dismal and devastating diagnosis of Alzheimer’s, and other aging advocates want to publicize that. The organization Changing Aging strongly objects to much of this documentary, with special concern for the fear and alarm it strikes without also recognizing how to live hopefully and in a dignified way with the illness. To better understand both sides of the debate, Click Here and Here.