End Games: Costs And Creativity When Planning A Funeral 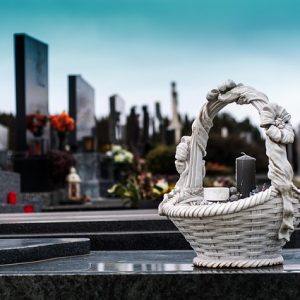 End Games: Costs And Creativity When Planning A Funeral

Most of us have reached the age where attending a funeral is not an unusual event and for some, it may even be happening a bit too frequently. If you’ve reached that stage, then you’ve probably given some thought to what you would want for yourself- and, unsurprisingly, the trend in funeral arrangements is moving away from the traditional to the much more personal, curated, and even secular event, capturing the personality and passions of the deceased rather than following a religious ritual. Not dissimilar to today’s wedding ceremonies, today’s funerals are even becoming events with their own professional celebrants. More people today are cremated than buried, and highly individual and idiosyncratic funerals and memorial services are being built around a celebration of life and the distribution of ashes, sometimes in unusual places.

For those who still desire a more traditional ceremony and burial, the conditions are becoming somewhat more complicated, given the expense of such arrangements. It’s not uncommon for funerals to cost thousands of dollars, often with little understanding of, or negotiation about, the pricing of the various components. For many, these costs are out of reach and the remains of loved ones may be abandoned due to inability to pay. For those in search of a funeral home, current regulations do not require such facilities to post their prices online, though there appears to be momentum to change that. There are, however, several websites, including funeralocity and Parting that allow you to scope out prices before picking up the phone.

And, of course, there is the all-important question of burial plots. If you’re planning on a New York City burial, you better prepare yourself for the sticker-shock if you don’t already have a burial plot. And for some eye-opening details about how to find your eternal spot anywhere else in the country, put down your will and look here.