Count Me In: Activism In Your Older Years 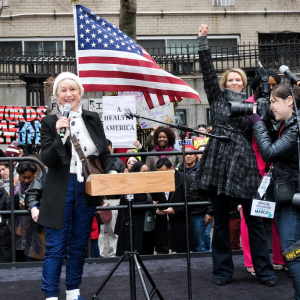 Count Me In: Activism In Your Older Years

Listening to the news these days you’d think the only people getting involved in civic and political activism are high school or college students. However, it turns out that older people are also taking to the streets, either for issues that affect them personally or for concerns about the future they are leaving their children and grandchildren. Whether it’s Black Lives Matters, #MeToo or March For Our Lives, the mix of activists is likely much more multi-generational than you realize. Several publications have recently profiled older activists, some of whom have been marching and protesting throughout their lives, others newly galvanized due to the current state of our politics. So, for example, over at Next Avenue, you can read about retirees who have taken up activism with a passion once they are freed of workplace limitations or responsibilities. Or, read the first person account that recently appeared in The Atlantic by Rachel Gutman about her grandfather who was spurred to protest following the Parkland shootings in Florida. Finally, you need to read the Washington Post op-ed written by Rhoda Isaacs and Judith Hochman, two 80-something women who have taken it upon themselves to make sure all members of Congress have read the recent best-selling book On Tyranny: Twenty Lessons From The Twentieth Century. Their new grassroots group, The Present History Project, has the goal of ensuring that our current leaders reflect on our recent history as they grapple with the challenges of the 21st century. If this sounds like something you can get behind, you may want to make a contribution to their Go Fund Me campaign. But whatever you do, don’t sit on the sidelines.