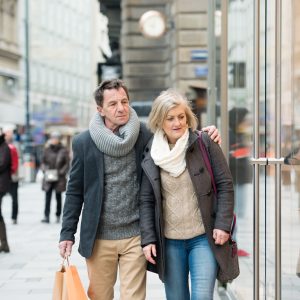 So maybe you’ve always had the dream of returning to “the city” in which you spent your early adult years. Or maybe you’ve cherished the occasional weekend away to experience being a cultured urban warrior. And now, in your later years, you may actually have the opportunity to make the change. The kids aren’t living with you anymore, the house itself is too large and unnecessary and fortunately, you have enough of a budget to allow such a move. Should you take the plunge?

Well, according to real estate journalist Ronda Kaysen from The New York Times, the answer is maybe, but make the decision in baby steps, because there’s a lot to consider. There are questions of selling your current place, deciding on an appropriate city neighborhood, buying versus renting and of course, tax implications. But if you worry that everyone else seems to be doing this, and you don’t want to miss out on all the fun, think again. In fact, the data seem to show that not all older adults are packing their bags and moving to the city. In fact, the numbers suggest that fewer baby boomers are returning to an urban life than previous older generations. Yes, they may be selling their suburban homes, and yes, they may be moving to multi-unit dwellings and even becoming renters, but they seem to be doing so closer to their current homes rather than heading to a big city.

And frankly, every major city now faces the challenge of its own aging population, let alone older adults who want to move in as well. According to a recent post in Axios, mayors are facing the unprecedented need for better infrastructure to accommodate an older population, including accessible transportation and affordable housing. Cities are strategizing with such ideas as free transportation for seniors or even the introduction of driverless vehicles as a way to ease transportation burdens. And cities considered “age-friendly” and “age-forward” (New York, Los Angeles, and Washington DC, for example) are developing policies and initiatives to not only focus on housing and transport but to also deal with the need for employment opportunities for older adults as well as the anticipation of greater health and home care demands. Because being a city dweller doesn’t eliminate the need for support essential to a decent quality of life as you age. So before you leap, make sure your destination has what it takes to allow you to flourish in your later years. For a list of cities that may make the cut, pull out your suitcase and read here.