Cast Your Vote: Issues Of Concern To Older Voters 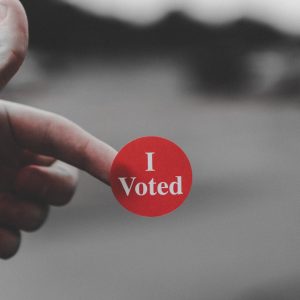 Cast Your Vote: Issues Of Concern To Older Voters

Unless you’re living under a rock you know that next Tuesday will be one of the most contentious mid-term elections in recent history. And while you may be getting confused about what issues are of most concern to voters- no, it’s not the “caravan”- you probably won’t be surprised to learn that, at least to older voters, among the biggest worries are those that relate to health care- both Medicare and prescription drug costs- as well as the integrity of our Social Security system.

Both Next Avenue and AARP report that while seniors are turned off from the political divisiveness of our time, the majority have a real concern about ensuring their health and financial stability as they move on in years. And let’s hope politicians are listening because seniors as a group tend to vote in larger numbers than any other demographic. For an interesting look at the power of the senior voting block, check out this new documentary about senior voters in Florida during the 2014 midterm elections. And for a glimpse of real 50+ voters voicing their concern about the upcoming election, check out this video collaboration from Politico and AARP here.

Finally, let’s not forget that forecasters are positing that this upcoming election may bring a wave of new female politicians into our legislative halls. Some of that wave may be due in no small part to the work of Emily’s List, the fundraising powerhouse dedicated to electing female Democratic candidates. What you may not know is that Emily’s List (which stands for “Early Money is Like Yeast”- it makes the dough rise!), was started by 71-year-old Ellen Malcolm, in 1985. For a fascinating interview with Malcolm, describing her own political awakening as well as the rise of Emily’s List, pull out your ballot and click here.