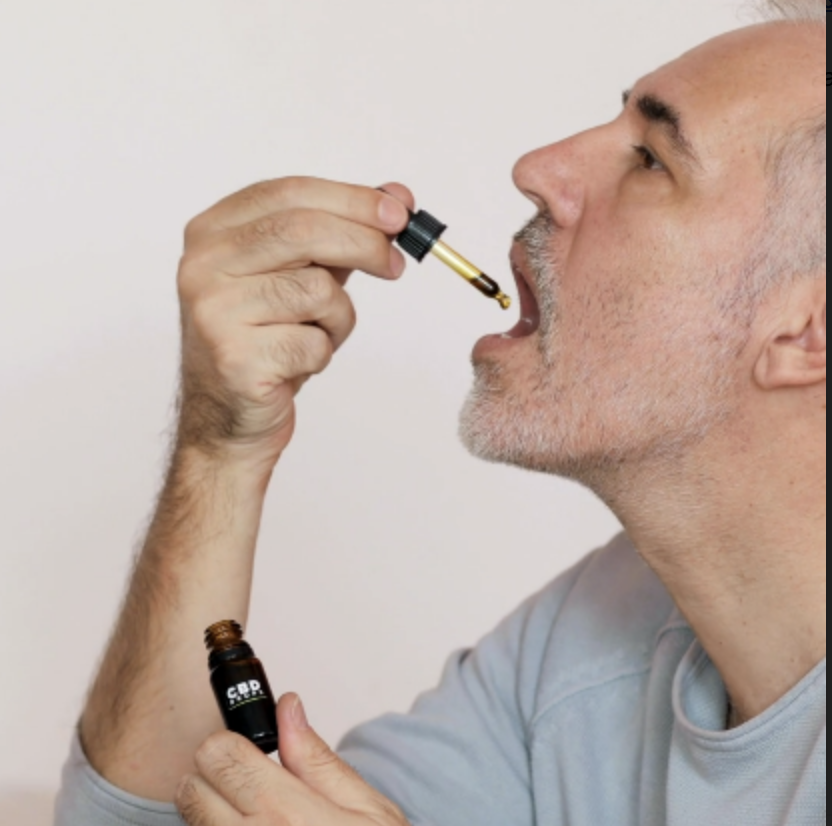 Seeking Relief From The Common Aches And Pains Of Aging? Try CBD! By Bonnie Hagen

Noticing more aches and pains as you age? You’re in good company. Aging doesn’t just mean we add more candles to our birthday cakes. As we age, our muscles get tighter, our tendons and ligaments become less flexible, and our bodies take longer to heal from injury. There are quite a few things people do to address these aches and pains, such as stretching, applying hot or cold compresses, getting a massage, or taking over-the-counter medication such as Tylenol or Motrin. More recently, people are finding success with using CBD oil to ease the aches and pains associated with aging.

By now almost everyone has heard of CBD oil but a much smaller percentage is familiar with the actual compound and its properties. CBD is an acronym for cannabidiol (pronounced cah-nab-eh-die-all), the second most prevalent active ingredient in cannabis. The cannabis species of plant includes the marijuana plant and the hemp plant. While CBD can be extracted from both plants,  the hemp plant is specifically cultivated to have high amounts of CBD.

Full Spectrum hemp extract with CBD is more prized than CBD on its own. Hemp extract contains over one hundred compounds, in addition to CBD, that magnify the healing effects of CBD. This has been proven in scientific studies and is called the “Entourage Effect”.  “Pure” CBD, or CBD that has been isolated from the other compounds, is not as effective as the full spectrum hemp extract. Legal full spectrum hemp extract also contains a small bit of THC, but not more than .3%, which will not get anyone high, but will contribute to the Entourage Effect. A common misunderstanding about CBD is that it will give users a “high” as happens when smoking or ingesting marijuana. It doesn’t. CBD is not an intoxicating compound, which is to say that no one will get high from it. In marijuana, tetrahydrocannabinol (THC) is the compound that makes users high, but there is virtually no THC in the CBD in Hemp extract.

The demographic group most likely to adopt CBD is the generation who first used marijuana recreationally, that is, the baby boomers, people born between the years 1945-1964. Why is that? Because it’s the boomers who are now most experiencing the health problems that inevitably appear as people enter their sixties and seventies: the aches, pain, sleep loss, and anxiety that can often accompany aging. CBD is very helpful for treating those aches and pains, as you’ll see from the example I give below.

To illustrate how CBD is entering the mainstream, let me introduce my customers Libby and Steve (I’ve changed their names to protect their anonymity) who’ve been married for 25 years and live in Westchester County, north of New York City. Libby, who is in her early 60s, is a CPA. Her husband Steve is also in his early 60s and is an engineer. They have three kids, one of whom is a sophomore in college, and two that are still in high school. If you ask Libby and Steve the status of their health, they’ll say “fine,” but they’ll readily admit that neither of them sleeps well and both must deal with chronic pain. Libby’s pain comes from arthritis and Steve’s is lower back pain.

Managing pain is often the way people are introduced to CBD. For instance, in 2019 the Arthritis Foundation surveyed 2,600 respondents who have had rheumatoid arthritis or osteoarthritis for 10 years or more.  The study found that 79% of the respondents “are currently using CBD, have used it in the past or are considering it.” Nearly one-third of those respondents said they use CBD to manage their arthritis symptoms. Almost all the respondents (94%) said the primary reason is to relieve pain. One report from Harvard Health Publishing, entitled “CBD: What we know and what we don’t know,” cited studies that showed CBD is useful for a wide range of health problems. The study suggests that CBD may help with:

When I first met Steve and Libby, I listened to the descriptions of their symptoms. Both said they had trouble sleeping. Steve said he falls asleep quickly but often wakes up at 3:00 or 4:00 am and finds it hard to get back to sleep. Either lower back pain, nighttime anxieties, or both would keep him awake and keep him from getting back to sleep. Libby expressed a similar frustration. Unlike Steve, she had trouble getting to sleep and once she was asleep, she had trouble staying asleep. She, too, would wake up around 3:00 am. I asked each of them to try Bright Energy Hemp Extract with CBD oral tincture (aka CBD oil for short) every day by placing 0.50 mL (half a dropper) of the tincture under their tongue for thirty seconds before swallowing it each morning. I also asked that they apply the Bright Energy Hemp Extract with CBD topical salve directly to the spot on their bodies where the pain was most acute. After showing Steve and Libby how to apply the salve topically, they came back five weeks later and told me that they had had a lot of success using both products to stem their pain and improve their sleep. Steve said, “I didn’t feel anything in the beginning but after two weeks of taking it orally and applying it topically, I realized that my back pain was reduced, and I felt better overall. The general improvement in my back raised my spirits and I slept better at night because my back was bothering me less.”

Libby had a similar experience. “After a couple of weeks, I noticed that my overall pain was less, and I could play the piano without my hands aching. The salve is really convenient because you can target where you want the therapy.”

Both Steve and Libby admitted that, since starting this new daily regimen, their sleep was less interrupted by anxiety. “I would wake up at three o’clock in the morning worrying about paying my kids’ college tuition,” said Steve. “Now, I still occasionally wake up at three but I’m able to get back to sleep. I don’t know if it’s because the hemp extract with CBD relieves stress or eases my back pain. Probably both.” At night, Libby worries that her arthritis will worsen to the point where she can’t work. “If that happens, we’ll have a tough time financing our kids’ college tuition or going on family vacations, or just going out to dinner without worrying about the cost,” said Libby. Since using hemp extract with CBD, she feels a little more “balanced.” “I still worry but I feel less burdened by it. If all these negative thoughts show up in the middle of the night, I’m better able to calm my mind, and drift back to sleep.”

Another health fact about CBD is that it is non-addictive. This is borne out anecdotally and backed by research. In 2017, the World Health Organization published a study that determined that CBD, “… exhibits no effects indicative of any abuse or dependence potential…. To date, there is no evidence of public health related problems associated with the use of pure CBD.” My customers Steve and Libby have had the same experience as the researchers from the WHO. According to Libby, “I’ve been using hemp extract with CBD for three months and I’ve never craved the compound, nor have I gotten sick or headachy on those occasional days when I forgot to take it.” Steve’s experience was the same. He said, “Once in a while, I forget to take my hemp extract with CBD because I’m rushing out of the house in the morning. During those days, I never had a craving for it or gotten sick when I didn’t take it. It’s pretty gentle.”

Bonnie Hagen is the principal and founder of Bright Formulations LLC, a health and wellness company that specializes in hemp extract with CBD.  The Bright Energy ® brand of hemp extract with CBD was launched with the intention of helping people achieve their health and well-being goals, using the all-natural hemp plant. Bonnie helps people use the hemp plant to free themselves from pain, insomnia, stress, and discomfort. Seeing repeatedly how this incredible plant provides protection, grounding, balance, regeneration, clarity, purpose, and peace to those who use it wisely, Bonnie decided to build a different kind of company around it. Using clean and sustainably grown ingredients in her formulations, Bonnie brings to the marketplace hemp extract with CBD that is grown without chemical pesticides, herbicides, or fertilizers, is extracted without using harmful solvents, and is bottled without any artificial ingredients or fillers.