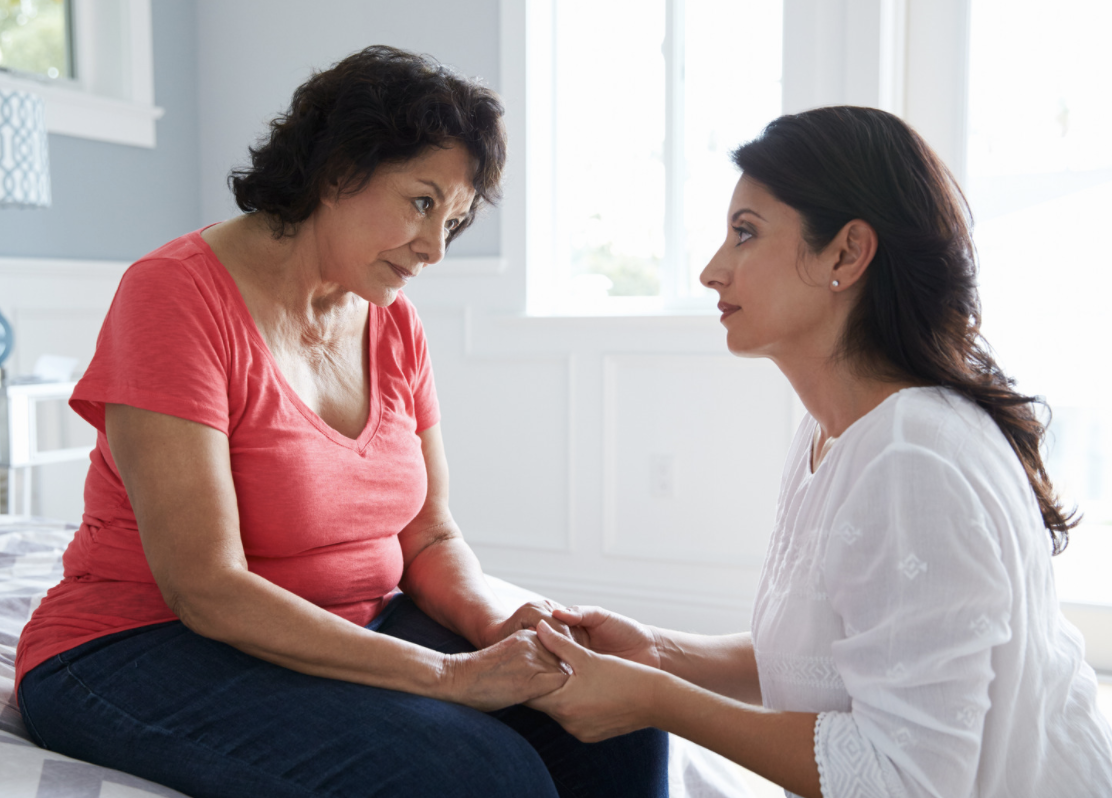 Every so often, I read an article or blog that moves me so much that I want to share it with everyone I know – and even those I don’t. This was definitely my response after reading “Suffering No More – Reimagining Dementia in a Post-COVID World,” an article by Lynn Casteel Harper, who currently serves as the minister of older adults at The Riverside Church in New York City.

I met Lynn last year through Reimagining Dementia: A Creative Coalition for Change, and was blown away by her book, On Vanishing: Mortality, Dementia, and What It Means to Disappear. I am always moved by the poetry and thoughtfulness of Lynn’s words and even more inspired by the quiet fierceness with which she embraces humanity. It is an honor to be working with her on reimagining dementia and creating a better world for us all. So without further ado, here is an excerpt from Suffering No More (the full piece is available on beingpatient.com, where it originally appeared).

Stock photos of dementia usually depict an old person, alone and forlorn, staring out a window or holding head in hands. Sometimes their faces are half faded or fading, sometimes their heads are blowing away like autumn leaves off a tree, always their affect is sad or flat. Everyday speech — our “stock” descriptions of dementia—also characterize people with the condition as “gone,” “disappearing,” “vanishing in plain sight,” possessing “empty” or “vacant” stares; their illness is “stealing,” “robbing,” or “hijacking” them, as they suffer the “long goodbye,” the “longest funeral,” the “death that leaves the body behind.” Inexorable loss, dread, and horror shape public perceptions of dementia — a condition imagined as steadily exterminating the person as a person.

This framework, which envisions people as “gone” before they are dead, reflects and reinforces a culture that highly stigmatizes brain disease — a stigma that fuels negative treatment. People with dementia are more vulnerable to being abused and neglected, improperly medicated and restrained, financially drained (just to get necessary care), socially abandoned, infantilized or ignored, displaced from their homes, and segregated from the rest of the community.

Even though our society has compromised people’s ability to survive, let alone thrive, with dementia, dementia does not have to mean mistreatment, isolation, premature death, or suffering.

Nursing homes don’t have to be soul-sapping death traps. Home care does not have to be prohibitively expensive. Neighborhoods don’t have to be inaccessible to those with cognitive disabilities. A dementia diagnosis does not have to entail loss of community, purpose, or joy. But too often, people must find ways to flourish despite, not because of, prevailing attitudes and systems. This must change — and, I believe, is changing.

In September 2020, Reimagine Dementia: A Coalition for Justice was formed, an international grassroots group of dementia activists and allies, which is pulling together transformative efforts, ideas, and resources into one movement to shift the conversation about aging and dementia in an inclusive, creative, and just direction. People from around the world have signed on, collectively sensing an urgency to transform broken care systems in the wake of COVID-19’s ongoing devastation. As of this writing, there are over 500 members of the coalition; this burgeoning global movement gives me hope.

Other arts-based dementia advocates — such as actor Karen Stobbe, a pioneer in utilizing improvisational acting in dementia care, dancer Magda Kaczmarska, a teaching artist focused on creative movement and brain health across the lifespan, and filmmaker Chris Bravo whose documentaries prioritize the voices and perspectives of people living with dementia — are also building caring, creative communities that emphasize the artistic gifts and abilities of people living with dementia. Therapist and playwright Mary Fridley and retired physician Susan Massad offer workshops on the joy of dementia — an idea they say outrages some people, but, more often, inspires participants to take a more playful, present, and improvisational approach to dementia (and to life more generally).

Groups like Dementia Alliance International and Dementia Action Alliance are composed of and led by people living with dementia. Like other disability-rights organizations, they assert “nothing about us without us” as they seek to destigmatize dementia through visibility, education, and political advocacy.

The usual unimaginative, fatalistic approaches to the lives of people with dementia and their carers just won’t cut it anymore. While I know entrenched mentalities and systems die hard, I am encouraged by what I’m seeing, hearing, and getting to be a small part of. I am chastened by the loss of life that has pushed us to this point, yet I find hope in a growing movement committed to building a world in which the “stock” images of dementia include people together, an intergenerational community enjoying a broad spectrum of experiences and emotions, with heads held high. No one is made to fade away or suffer.

I could not have said it better. And I hope you will join me in sharing this critically important message with all those who would benefit as well.

Mary Fridley is on the faculty at the East Side Institute in NYC, co-creator and leader of The Joy of Dementia (You Gotta Be Kidding!), and coordinator of Reimagining Dementia: A Creative Coalition for Justice. An accomplished teacher and workshop leader, Mary practiced social therapy for 12 years and uses the social therapeutic approach as a teacher and workshop leader. She is the author or co-author of several articles and chapters on the Joy of Dementia, including a chapter that appears in The Applied Improvisation Mindset published in August 2021. Additionally, Mary is a guest blogger for agebuzz and a playwright and theater director. She makes her living as a non-profit fundraising consultant. She can be contacted at [email protected] .