Don’t Worry About What You Know: Just Be Curious! By Mary Fridley - agebuzz 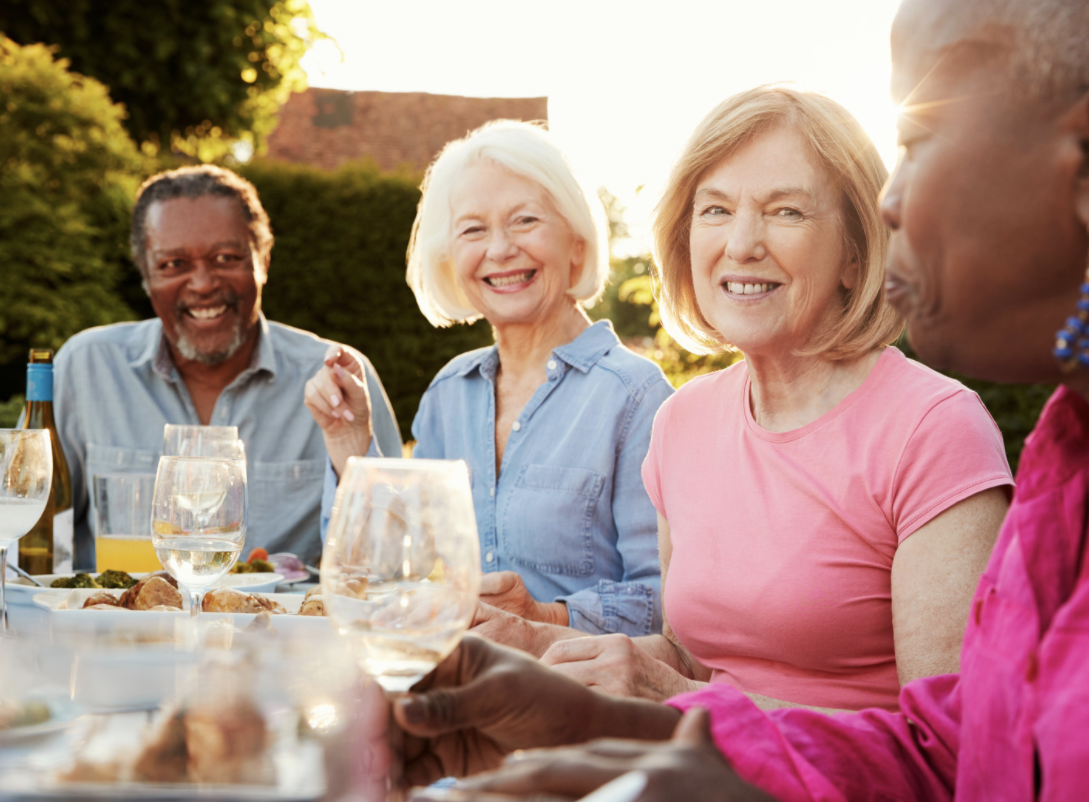 Don’t Worry About What You Know: Just Be Curious! By Mary Fridley

I’ve been in a number of conversations over the last few weeks about how to best relate to people who hold or express negative attitudes about any number of topics, including dementia. Invariably, the consensus becomes “We just need to keep educating people” – and finding the right resources to make sure people learn the “correct way” to understand – whether it’s racial inequality, trans youth, religion, the refugee crisis, the climate crisis, aging, dementia and on and on. Of course, this isn’t a new revelation; I’m guessing most of you reading this are old enough to remember all the “consciousness-raising” that went on in the 60s.

I totally understand why people are eager to bridge divides and find ways to connect with people unlike themselves – It would certainly enhance the likelihood of addressing some of the issues named above and it would be much better for our emotional health and overall well-being.

But, as a respected colleague in the dementia field recently shared, with unusual honesty and obvious pain, “I and so many others have written hundreds of articles and books creatively challenging the ‘tragedy narrative’ of dementia and I’m afraid that not a lot has changed.”

She’s right. When I googled “creative approaches to dementia,” there are over five million listings. We are not lacking for information- So why are attitudes about dementia still being shaped by an outmoded narrative of loss? And why have people living with dementia died of neglect at alarming rates during the pandemic? Our world is in trouble, and yet we seem powerless to come together and do something about it.

What is the way forward? I won’t pretend to have the answer, but I can introduce you to someone who has been working for decades to create “non-knowing growing” environments the world over, in which diverse groups of people are able to utilize their non-cognitive strengths (and we all have them!) to create new kinds of community, conversation, and connection. Her name is Lois Holzman, director of the East Side Institute, where I am on the faculty. In Lois’ introduction to her groundbreaking book, The Overweight Brain: How our obsession with knowing is stopping us from becoming smart enough to create a better world, she writes:

“Knowledge may well have been freedom in the 19th and 20th centuries as Frederick Douglass famously said. But there’s little evidence for that equation today. To rephrase psychologist James Hillman, who wrote …“We’ve Had 100 Years of Psychology and the World’s Getting Worse,” I say, “We’ve had the Information Age, the Digital Revolution and the Knowledge Explosion and the world’s getting worse.”…I’ve come to believe that…what keeps us all – whatever our race, ethnicity, gender, and sexual preference, age and financial situation – unfree in all kinds of ways is how organized our lives are by the ideology of knowing and its institutionalization…”

So I say, don’t worry, you don’t have to ditch all the things you know – it’s helpful to know that 2+2 = 4 or that a red light means stop, and big props to the scientists who discovered the COVID vaccine. But knowing things is not the same as insisting that all human endeavors require and depend on knowledge. How often do you say (or think) “I have to know what I’m doing before I can try anything new”? Guess what? We don’t then try anything new – however small or large – and find ourselves feeling more and more stuck and unhappy.

Nor does this mean we shouldn’t utilize the informational resources available to us. However, approaching these resources – including human resources – in the absence of actively creating your life (with dementia or any other life/medical condition) it’s hard to determine what knowledge/“expert” will support your continued growth, and it’s pretty easy to be paralyzed by what can quickly become an information overload.

The Joy of Dementia (You Gotta Be Kidding!) workshops/conversations I co-lead with Dr. Susan Massad is one effort to create a “non-knowing growing” environment and to support people to tap into all the non-cognitive strengths they (and all of us) in fact have. What we’ve found is that when people are in a space in which right/wrong is replaced by “let’s create with whatever you give,” they are more able to share their fears, frustrations, loneliness, shame, and anything else they rarely say out loud.  And just as important, they discover they can open up in a social setting with strangers!

I am reminded of a workshop we led at a senior living community in Pennsylvania, where one of the women attending shared, “I realize that when my husband was diagnosed with dementia, I kept trying to fix everything. But I eventually realized that I couldn’t fix anything. There wasn’t anything I could do for him. I felt inadequate. And I don’t like feeling inadequate!” We responded to her offer by asking everyone to stand (if they could) and to shout out with as much enthusiasm as they could muster, “We are all inadequate!”

Susan and I understood that some in the room might feel we were making light of the story the woman had just shared. Through the lens of improvisational play, however, her story was an invitation to playfully acknowledge that everyone feels inadequate- and yet we continue to relate to inadequacy (and a million other things) as a shameful secret rather than a shared and social experience. By shouting “We are all inadequate!” to the rooftop, we were encouraging others to share similar experiences. Eventually, the group suggested hosting a regular “inadequacy day” for everyone in their community.

Want to experience some of this for yourself? The next time you feel the pull to say “what you know” or get someone else to say the “right thing,” be curious instead – and see where it goes. Even if it’s only for five minutes, it can be fun to replace the tyranny of knowing with the joy of discovery.

Mary Fridley is the pro-bono Director of Special Projects at the East Side Institute in New York City and Coordinator of Reimagining Dementia: A Creative Coalition for Justice. She is an advocate for people with dementia and believes a dementia diagnosis can be the spark for rethinking what brings meaning and even joy in life. Mary is an accomplished teacher and workshop leader who has practiced social therapy for 12 years and uses the social therapeutic approach as an Institute faculty member. She was featured in a February 2019 Washington Post article, “Changing ‘the tragedy narrative’: Why a growing camp is promoting a more joyful approach to Alzheimer’s” and, with Dr. Susan Massad, Mary has co-authored several articles on the “Joy of Dementia,” including one for the Australian Journal of Dementia Care. Mary is also a playwright, theater director, and non-profit fundraising consultant.