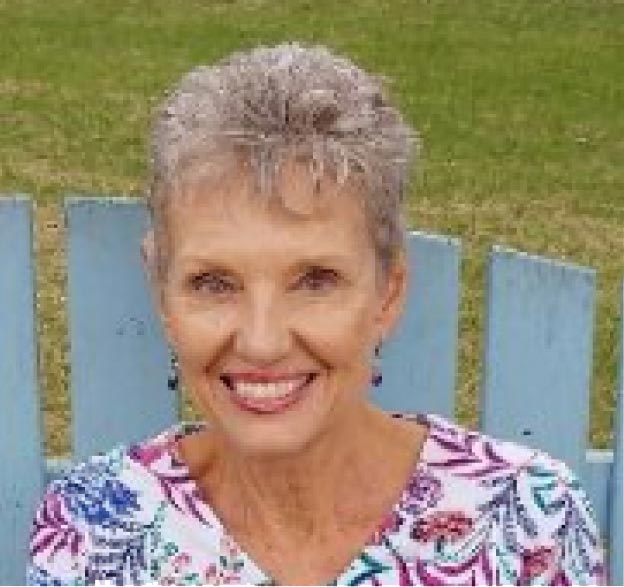 We’re very pleased to announce that Kathleen M. Rehl, Ph.D., CFP®, CeFT® is our latest Featured Guest Contributor to our “What’s The Buzz?” column. Kathleen is a nationally renowned expert on issues related to widows and money. Recently, agebuzz Managing Editor Connie Zuckerman was able to interview Kathleen about her background and her work. Below is an edited version of their Q & A session.

Q: Kathleen, thank you so much for becoming an agebuzz Featured Guest Contributor. First things first: Where are you from and what is your educational and professional background?

A: I grew up mainly as a farm gal in rural Wisconsin. I’ve lived in several mid-west locations, the Washington, D.C. area and am now a “Sunbird,” with a permanent residence in St. Petersburg, FL and a summer home in Saratoga Springs, NY. My Ph.D. in education is from the University of Illinois at Urbana-Champaign. I’m a teacher at heart.  Later I earned the CFP® designation as a Certified Financial Planner™ and CeFT® credential as a Certified Financial Transitionist®.

I’ve morphed careers several times. My professional work began as a public-school teacher, followed by work as a university professor. After completing the requirement for my CFP®, I launched Rehl Financial Advisors, where I served individuals and families with comprehensive, fee-only financial planning for more than 17 years. After selling that business and retiring, I began my “encore career,” almost six years ago. Now at age 72, I speak, write, mentor, and do research about widows and money.

Each step of my professional journey has blended past knowledge and skills with new opportunities. I like starting new things, and I’ve had fun doing this over the years. Indeed, I’m already starting to look at what the next chapter of my journey will be as I begin plans for my “retirement” year in 2020.

Q: Can you share something about your personal background? Perhaps when you became a widow yourself?

A: I was married to my prior husband for almost 19 years. Tom was diagnosed with cancer the first week in December 2006. Two months later he was gone. The end of last summer I remarried a widower, a retired engineer. I have four children, including one biological son, two stepsons and a stepdaughter. We enjoy two grandsons, both aged three. Our parents passed years ago.

Q: I understand widowhood is something that runs in your family. Can you give us a sense of what that was like?

A: After my great grandmother was widowed, she lived with her daughter (my grandmother) and son-in-law. Then after her daughter was widowed, they both moved in with my parents, me and my brothers—four generations together in a one-bathroom house. After several years and several moves, my parents and us kids moved to a farm. Great-grandma died, and within a few years, surprise, surprise, Grandma remarried in her early 70s. Her beau was a former classmate, also widowed. My dad died two years before my husband passed. My mother died five weeks after my prior husband’s death. Yes, I come from a line of strong widowed women. These precious three women certainly enhanced my desire to help other widows.

Q: When you first became a widow yourself, what was that experience like?

A: I experienced the “widows brain” syndrome I often speak about. In very early, intense grief, my cognitive thinking process changed. It was hard to think rationally. Physical changes happened, too—hard to sleep at night, lost weight, got sick. I even felt like a “bag lady” myself for a few days until I ran my personal numbers again and talked with my own financial advisor. I realized I would be ok financially. But I was doubtful how the rest of my life would evolve.

By the end of that year, 2007, I decided to shift the focus of my financial planning work to assist widows and couples who were looking ahead to the time when there would be a surviving spouse left behind—most likely the wife. I also knew I was to write a financial guidebook for widows, but I didn’t have a clue as to how I would do that. In 2008 I started working on my book and began speaking to groups of widows. My book was published in 2010. Soon afterward I joined a professional speaking association to learn how to be a better speaker and make a business out of that work.

Q: And what about dating? Can you talk about how it was to date after the death of your prior husband?

A: I could write a whole blog about that adventure! Maybe I will in the future. I had been out of the dating scene for so many years, and I really didn’t know how it all worked. For example, when I first tried online dating, I believed what guys wrote in their profiles. Wrong! Many lied about their marital status, smoking and drinking habits, professional work, financial status, and general history. It can be a scary place out there for mature widows because many men try to take advantage of them. Indeed, the first fellow I dated was a psychopath!

I met my current husband through E-Harmony. However, I had just decided not to renew my membership when Charlie’s match came through. I decided to try one last time and bingo. He was the best. That was almost nine years ago, and we’ve been together ever since our first meeting.

Q: What’s the one most critical piece of advice you would give older women who suddenly or eventually find themselves widowed or newly single?

A: DON’T RUSH! Especially don’t make big irrevocable decisions related to finance—such as investing life insurance proceeds or a divorce settlement right away. Also consider talking with a trusted financial advisor that you pay a fee for consultation, who isn’t trying to sell you something.

And I’ve been told by women who have divorced that they go through similar stages to the
“3 Stages of Widowhood” that I talk about. I believe the advice from other widows in “After The Hearse, Don’t Be A Purse Or A Nurse!” can apply to most women entering a new relationship whether she’s a widow or a divorcee. Likewise, the 10 questions to ask a new partner are good for those entering a committed relationship.

Q: Kathleen, thanks so much for sharing your accumulated wisdom and advice. I  know agebuzz readers will be so fortunate to learn from all you have to offer!