BFFs: Holding On To Friendships In Your Later Years 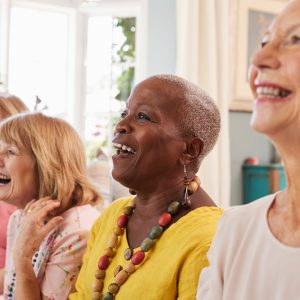 BFFs: Holding On To Friendships In Your Later Years

If you’re lucky, you may have one or two decades-long friendships (known in today’s world as BFFs, or Best Friends Forever) in your life. But as we age, few of us maintain a large group of friends. For most, having a small circle of friends is enough to make you feel grateful and appreciative. And in fact, recent research from the American Psychological Association shows that if you feel good about the quality of the small number of friends you have, as older adults tend to, then there’s no need for the multiple social media ‘friends’ that younger people tend to accumulate. For older adults, it’s definitely quality over quantity that counts when it comes to friendships.

But there’s no doubt that friendships can play a critical role in your well-being as you get older, especially when other relationships are no longer accessible through marriage, biology or professional settings. In fact, research is ongoing to better understand both the role of friends in later life and the policy and social strategies that can be used to support and bolster these relationships. We know that friendships can be as important to psychological well-being as family ties in older adults, and that ensuring friendships is critical, particularly among those who are alone and considered elder orphans. Especially towards the end of life, when “people become frightened… and move away from friends as they get sicker,” holding on to friends can be tough. And we know that the death of a friend can be as devastating as the loss of any close relative.

But life can be messy, stressful and busy as we get older, and keeping friends, let alone making new friends as an older adult, can be a challenge. For a personal and probing look at how difficult it can be to sustain even a long friendship in your later years (and how painful it feels when such friendships fade away), take out your tissues and look at writer Laura Lippman’s account of losing a friendship. And new friends? Well, you can always investigate such technology-driven options as Rent A Friend. Or, according to a new piece in The Washington Post, you can pay matchmakers to find you purely platonic friendships. According to a recent post on Thrive Global, you may be best off trying to rekindle friendships with those you’ve been out of touch with rather than finding new sources of friendship. Perhaps the most important advice around is to be open to friendships from wherever they may spring- and of whatever ages they may be. As C.S. Lewis once said, “Friendship is born at that moment when one person says to another, ‘What! You too? I thought I was the only one.’”