Alone And Alarmed: What Have We Learned About Loneliness During The Pandemic? - agebuzz

Alone And Alarmed: What Have We Learned About Loneliness During The Pandemic? 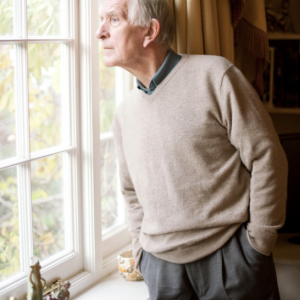 Alone And Alarmed: What Have We Learned About Loneliness During The Pandemic?

Even before COVID-19, researchers and clinicians alike were worried about an “epidemic of loneliness” sweeping both our country and the world more globally. But in particular, since the arrival of the coronavirus and the necessary social isolation and social distancing it’s caused, researchers have been monitoring the impact on vulnerable populations, especially older adults, who may suffer from loneliness and accompanying physical and cognitive deterioration as a result. Back in July of 2020, we reported that there were mixed signals concerning a rise in loneliness as a result of the pandemic. But just this week, the University of Michigan Poll on Healthy Aging released brand new data indicating that at least in the first few months of the pandemic, loneliness among adults ages 50-80 doubled compared to similar populations who were polled in 2018. Respondents reported both a lack of companionship as well as feelings of isolation and loneliness, all of which are known to affect memory, mental and physical health, and longevity in older adults. And while some have flourished under the new connections created by social media and video chatting, a significant number of older adults have not found those to be viable methods for connection and companionship during the pandemic. (It is important to note, however, that other research suggests that just the opposite has happened: that is, the pandemic has made some of us prioritize connection and relationships so that in certain circles, there has not been an increase reported in levels of loneliness.)

What’s valuable is that the pandemic has shined a light on the subjective experience of loneliness and what might be done to combat it. Tips and programs abound on how to reach out to older loved ones who struggle with isolation and loneliness. Even if a loved one was previously not in a formal social program, the lack of regular contact with others just from doctors’ appointments or shopping excursions can exacerbate feelings of isolation and separation. But more and more, we are also finding out about the impact that loneliness can actually have on the brain and its functioning. For example, a recent post in Inverse describes feelings of loneliness as the equivalent of feelings of physical pain. In essence, the subjective experience of loneliness is a signal to the brain that you need the safety and comfort of companionship. Furthermore, researchers at such institutions as MIT are trying to better understand biochemical changes in the brain from loneliness that can accelerate physical health problems such as cancer, heart disease, or Alzheimer’s. Once the neuroscience of loneliness is better understood, researchers hope to be able to design targeted interventions to lessen the subjective pain and minimize the impact on physical and cognitive health. Perhaps they may even one day create a pill to ease the burdens of loneliness. Though for the moment, what we should perhaps recognize is that the burdens of loneliness arising from the pandemic may be better addressed through efforts to support and rekindle relationships rather than to medicalize and numb subjective feelings of loneliness.