After A Fashion: Have You Reached The Age To Trust Your Own Style Judgment? 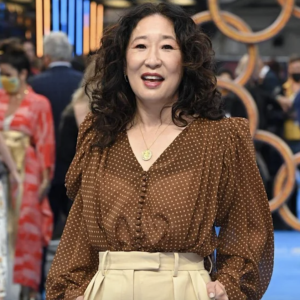 After A Fashion: Have You Reached The Age To Trust Your Own Style Judgment?

Have you noticed the number of women “of a certain age” dazzling your screens these days? From Sandra Oh to Olivia Coleman to Kate Winslet, these are substantive women reshaping popular culture to demonstrate the heft and complexity (not to mention style) of women as they grow older. Not only are these women role models for other actresses, but they are also helping the rest of us see and appreciate what women in middle age and beyond have to offer the world. It’s easy to be smitten with these ladies, as they smash prevailing ageist stereotypes of how older women are supposed to age, behave and dress.

These women often exude a level of confidence in their clothes that also tells the world they know who they are- and how they want to dress. As a recent article in The Telegraph puts it, “It requires self-assurance to know your style,” and it’s thought that by your early 50s (the “spirit of 53,” as the article suggests), women possess a level of self-awareness, experience, and judgment (not to mention kindness to oneself and others) that allows them to be comfortable with their personal style. That’s Not My Age’s Alyson Walsh recently chimed in on this topic, revealing that at this time in her life, she often wears a “uniform” that’s made up of the “winning combination” she’s cultivated for herself over the years (with the occasional decision to mix things up so her uniform is not a “yawniform.”)

The New York Times also recently heralded the 50-something fashionista, remarking that many of the women over 50 who have large, multigenerational fashion followings on social media are “like all cool older people, they seem comfortably past all that, as though they’ve already seen the trends, chased the goods and graduated into freedom. You find yourself envious not of their stuff but of the carefree, unburdened quality they exude: the feeling of having moved past inhibition and fear of judgment into sovereign selfhood.” For an interview with one of these 50+ fashionistas, open your closet doors and click here. And speaking of freedom, there’s another level of fashion freedom many women are beginning to embrace: that of going braless. Some of us may have embraced this freedom in our youth at the dawn of the feminist movement. Nowadays, especially when many women tossed aside their bras during lockdown (one poll reported that during lockdowns, ⅓ of women jettisoned their bras), the bra seems to have once again become a discretionary item for women, including older women.

But if you instead have a hankering for the formality of clothes (and undergarments) from another era, there’s a new treat in New York City that may lure you back into pantyhose and pearls. According to a recent article in Bloomberg, the Plaza Hotel has joined forces with the Amazon Prime show, The Marvelous Mrs. Maisel, allowing a lucky guest to not only rent a room at the Plaza that’s been outfitted to look like Mrs. Maisel’s Upper West Side apartment but more incredibly, the closets in this hotel room are outfitted with clothing from the 50s and 60s inspired by the show, which guests can wear and even purchase. So if you have a few thousand dollars available to live your fantasy life, you too can dress like Midge Maisel. As she herself once said, “Does being a modern woman mean I have to give up being a girl?”