A King’s Ransom: The Unending Rise of Medication Costs 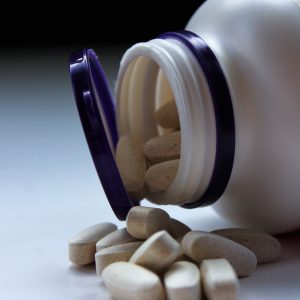 A King’s Ransom: The Unending Rise of Medication Costs

You probably didn’t need a new study to confirm this fact: the costs of the most popular medications keep rising and there seems no end in sight to the uptick. Published in JAMA, this new study looked at drug pricing for 49 common, top-selling brand-name drugs, and the findings were unsurprising yet still shocking. From 2012-17, the median cost increase for these medications was a whopping 76%, with prices rising annually and sometimes twice a year. At this rate, it’s anticipated that the cost of these drugs will double every 7-8 years. To find out more (and to calm yourself down), pop a Xanax and read here.

How did we get to this crazy place in drug pricing? Axios has published a series of posts describing the complex and purposely confusing system of pricing drugs, which involves negotiations between manufacturers, insurers, and pharmacy benefit managers. So, read about “the maze” of what goes into drug pricing, how backroom deals are pushing cheaper alternative drugs out of the market, and how seniors are paying more for cancer drugs than they did in 2010 even though they are supposed to pay less under the Affordable Care Act. While government and consumer efforts have pushed for more pricing transparency, there’s been little progress- while patients are often making the hard choice of choosing between their medications and their meals.

Are there any options for spending less on needed medications? As a refresher, take a look at this previous agebuzz post on asking questions when you pick up your medications. And familiarize yourself with The Partnership for Prescription Assistance, an online search engine that helps you locate assistance depending on your profile and medications. Finally, Time recently ran a post outlining 6 ways to save on your prescription drugs, including finding out if your insurance company has a preferred pharmacy, ordering prescriptions by mail and investigating coupons through groups like GoodRx and other cost-saving programs. But the overall prognosis? You’re likely a long way from lower drug prices.