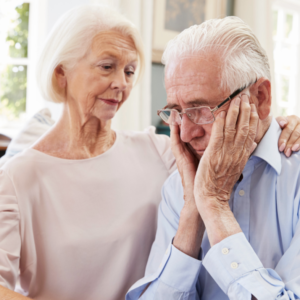 Regardless of how smart, savvy or sophisticated you think you are, none of us is immune from being scammed, especially in such turbulent times. Whether you’re dealing with a loss due to COVID or have been seriously affected by any of the natural disasters that have wreaked havoc in the country over the last several months, you may not always be thinking straight or clearly comprehending what may be a fraud. The number of scams being perpetrated against unsuspecting victims, especially older adults and particularly older women, has skyrocketed during the pandemic. Older women, whether due to social isolation or unfamiliarity with financial fraud, have been particularly targeted during this last year. ABC News reports that seniors living in California, Texas, and Florida faced the highest number of scams over the past year and that over 100,000 adults over age 65 lost an average of over $9,000 last year due to fraud. Almost 2,000 of those victims lost more than $100,000. And those are just the reported cases.

The types of scams being perpetrated range from the usual to the novel, depending upon the victim and the circumstances. For example, ongoing scams such as romantic lures, or grandchild frauds, seem to be continuing unabated. And because so many of us have adapted to life on the computer, we have therefore put ourselves at greater risk of computer-based scams, including fraudulent tech support services that can con you out of private financial information or download malicious software onto your computer. Especially given news stories in recent months about hackers who can gain control of your computer system and ask for ransom in return, we may be vulnerable to falling prey to someone who promises tech support or fraudulently poses as a government official investigator. For one example of a savvy older computer user who was victimized by a “tech support” fraud, read here. And other sources of online fraud luring in unsuspecting seniors? AARP reports on phony online shopping websites as well as “phishing” emails purporting to be from Zoom to “help” you with your Zoom account.

Apparently, the rash of recent natural disasters has also been a goldmine for those intending to defraud older adults. Forbes had a recent post about older adults in hurricane-affected communities who are scammed by predatory repair companies out to take your money without providing the necessary services. And Go Banking Rates recently described fake charities looking to pull on your heartstrings to help victims of disasters, and fake government officials purporting to be from FEMA and asking for fees to apply for disaster relief. (Note: FEMA will never ask you for money to apply for financial support following a disaster.) In fact, there is a National Center For Disaster Fraud that gives you the opportunity to file a report if you think you’ve been scammed or to speak with a hotline operator to discuss your situation.

Life leaves many of us vulnerable these days. And where there’s vulnerability, there are likely scammers looking to make a buck. So follow your gut instincts if something doesn’t seem right. Don’t answer phone numbers that are unfamiliar, never provide private financial information to someone on the phone whose identity you cannot verify, and if someone claims to be calling from a legitimate company with concerns about your account or order, hang up and directly call that entity, to verify if in fact there is a problem. And never, ever click on a link that’s sent to you from a source that’s unfamiliar.