Your Day Will Come: The Broadway Debut of 77-Year-Old Denis Arndt in Heisenberg 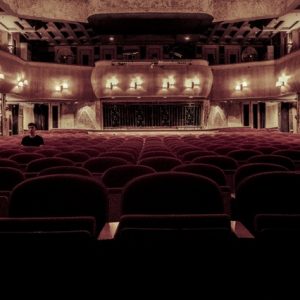 Your Day Will Come: The Broadway Debut of 77-Year-Old Denis Arndt in Heisenberg

It’s not likely that a lonely older man will be kissed on the neck by a complete stranger as he sits alone in a train station. And it’s also unlikely that a regional actor from the west coast will make his Broadway debut at age 77. But both of those occurrences now appear in the new Broadway play Heisenberg, starring Mary Louise Parker and Denis Arndt. Not your typical Broadway star, Arndt has spent much of his acting career in regional theater in Oregon and Washington. But Heisenberg is not your typical romance either. It tells the story of the connection and coming together of two unlikely lovers- a lonely older butcher and a younger, unhinged woman in desperate search for her long lost son. The performances are passionate and playful and demonstrate that love- like Broadway roles- may come when you least expect it. Find out more about the luminous Denis Arndt Here.