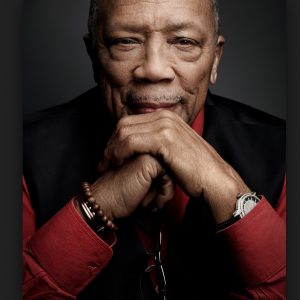 With his humble beginnings in a Chicago slum to his meteoric rise to the top of the music and movie worlds, Quincy Jones has been connected to virtually every music phenomena of the 20th century. Now 85, and having overcome several near-death experiences from brain aneurysms and coma, you would think he would slow down and maybe even step back from work- but as he says, “you only live 26,000 days…(and) I’m going to wear them all out.” From his work with Frank Sinatra and Ray Charles to Michael Jackson and Celine Dion, he’s achieved stardom in multiple music genres. And now you can watch the new documentary- Quincy– produced with the help of his daughter, actress Rashida Jones, on Netflix. Catch the trailer here. And read here to better understand how his work ethic and attitude offer us all life lessons in aging.