The Lady Does Protest: The Relevance Of Joan Baez At Age 77 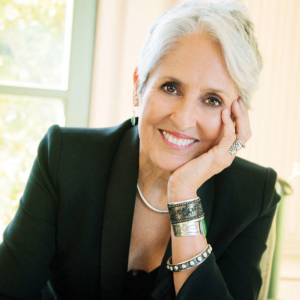 The Lady Does Protest: The Relevance Of Joan Baez At Age 77

It’s hard to conjure up an image of the 60s and the political and social turmoil of that time without thinking about the prominent protestors of that day, including the singer Joan Baez. Whether performing with Bob Dylan or singing at the March on Washington or at Woodstock, Baez was front and center during some of the most iconic aspects of that time. And today, at age 77, she’s not shying away from using music as a way to voice her displeasure with the times. She recently released a new album of music and is currently embarked on what she thinks will be her worldwide final tour of performing. Never afraid to lend her voice to a cause in what The Washington Post calls her “irony-free mix of politics and song,” Baez recently sat down for an audio interview with The New Yorker’s David Remnick to comment on our current political climate and even perform a few new songs. So grab your protest banner, and give a listen here (interview starts at 14:00).