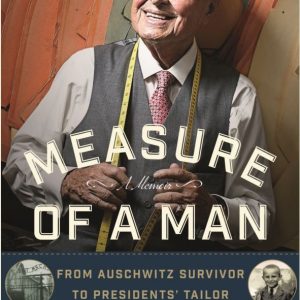 In a nod to New York Fashion Week, meet 88 year old Martin Greenfield, the legendary Brooklyn tailor. Greenfield’s arrival in the US in 1947 was part of the sweep of history: He was liberated from Auschwitz as a 15 year old sole survivor of his family and personally shook the hand of Dwight D. Eisenhower as he departed the camp and left to make his own way in the United States. Arriving in Brooklyn, Greenfield became a master tailor: one of his first major clients was in fact Eisenhower, needing a custom suit for his presidential run. Since then, his impressive client list has included many additional presidents (including President Obama) and such other luminaries as Paul Newman and Patrick Ewing. Former President Bill Clinton is also a client. With the election coming up, the only question is: Can Greenfield construct a woman’s suit? Meet Martin Greenfield Here.