Squeeze Box: Holding On to A Dying Neighborhood and Art Form 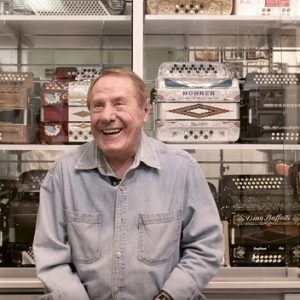 Squeeze Box: Holding On to A Dying Neighborhood and Art Form

For more than 50 years, 88 year old Alex Carozza has been plying his trade on West 48th Street in New York City as the country’s premier accordion repairman. But as neighborhoods come and go in New York, so, too, do its shopkeepers. After 5 decades, Mr. Carroza has had to move on, re-locating his shop to West 54th Street, thereby leaving little else to continue on the legendary 48th Street section known as “Music Row.” It’s a sad tale of gentrification and lost arts, yet Alex Carozza is an engaging older gentleman, with a twinkle in his eye and stories to tell after a long and successful career. Read about the last remains of Music Row Here and watch the delightful Mr. Carozza discuss his unique life’s calling Here.