Sounds Of Silence: Paul Simon At The End Of His Concert Career 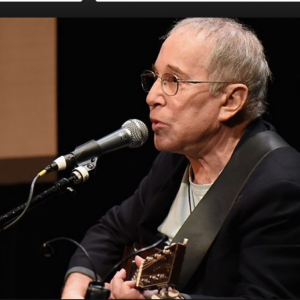 Sounds Of Silence: Paul Simon At The End Of His Concert Career

Whether you’re a fan of his old Simon and Garfunkel days or prefer his more recent solo career, there’s no doubt that Paul Simon has had a remarkable musical career spanning over 6 decades. And now, as he approaches his 77th birthday in October, he’s on one last concert tour that brings him to his final concert performance back where it all started, in Queens, New York, this coming September. Tickets for this final and farewell concert at Flushing Meadows Corona Park, close to where Simon grew up, go on sale tomorrow, June 29th, to the general public. While Simon will likely continue to pursue other interests, including his many philanthropic endeavors, it’s clear that touring has taken its toll and he looks forward to a different life going forward. You can read, and watch, more about his retirement and musical career, by Clicking Here. And to see if Paul’s still crazy after all these years, check out the news and videos on his official website Here.