Sick To Death: Why The News About Cancer Continues To Be Worrisome 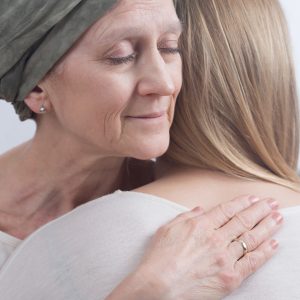 Sick To Death: Why The News About Cancer Continues To Be Worrisome

Few of us escape the scourge of cancer, either through our own diagnosis or that of a loved one. And around the world, in wealthier countries, cancer has become the #1 leading killer, overtaking cardiovascular disease, for which death rates have come down because of blood pressure, diet and lifestyle changes. For both patients and their families, cancer can be an all-consuming diagnosis, especially when it strikes older patients who already have other diseases or disabilities. No matter who you are, or what your age, it’s best to understand the disease and the support resources available to assist. As a starter, take a look at the agebuzz cancer resource page.

The connection between cancer and aging is still somewhat of an enigma. Demographically, we know the 85+ age cohort, which is the fastest-growing age group in our country, had over 100,000 cancer deaths last year alone, with the most common being lung, breast, prostate and colorectum cancers. And we know in this age group cancers tend to be diagnosed at a more advanced stage, leaving such patients with lower survival rates than other cohorts. At the cellular level, there is a complex relationship between aging and cancer, with genetic mutations driving an increase in cancers as you age. At the same time, senescent cells (those no longer growing, dividing or renewing) that are part of the aging process, are likely hindering cancer cells from uncontrollably spreading in the body.

But as a new essay by Dr. Azra Raza, in the  Wall Street Journal (paywall), makes clear, we are largely still losing the battle against cancer, and it may be time for a new research perspective and approach. Dr. Raza, an oncology researcher and Professor of Medicine at Columbia University, is the author of a new book coming out next week, The First Cell: And the Human Costs of Pursuing Cancer to the Last. In the book, she argues that it’s time to do a 180 and redirect our cancer research approaches to focusing on early detection rather than the later stages of cancer progression. She provides compelling evidence that while cancer death rates have fallen, that’s largely due to less smoking and improved screening rather than improved treatment options. Given the financial, physical and emotional toll that cancer takes on patients and families, Raza recommends that instead, we utilize technology to provide monitored screening- so that cancer can be detected and conquered when the first cells appear. It’s a provocative thesis, but given our aging population and the toll that cancer takes, it seems we must seriously consider her clarion call.