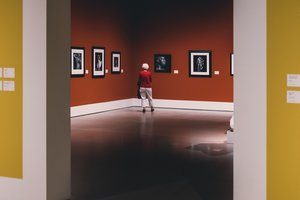 -Care Package: A New Documentary About Caregivers And Receivers

-Safety Net: Seniors In A Season Of Emergencies

-Culture Club: The Benefits of Cultural Exposure For Healthy Aging

-Telling Her Story: A New Film About The Life And Work of Writer Joan Didion

Brain Storm: Creating Awareness And Providing Resources About Alzheimer’s: Today, September 21, is annual World Alzheimer’s Day and September is World Alzheimer’s month. These designations are obviously not intended to celebrate this dreaded disease but rather to raise awareness about Alzheimer’s. With that in mind, here are a few items of interest: First, Here’s a simple primer from the CDC with basic facts regarding Alzheimer’s and research efforts currently underway to try to better understand and respond to this illness. Next, for anyone struggling as a patient or caregiver, you need to know about these free online tools from theAlzheimer’s Association which will provide you with up-to-date materials regarding information, support, resources and action plans. Finally, take a look at this Japanese pop-up restaurant that is wholly run by wait staff who suffer from dementia and Alzheimer’s. It’s a chance for non-afflicted people to interact with those who suffer from dementia, in order to better understand their struggle. Japan, with it’s rapidly aging society, will soon face a situation where one in five citizens over 65 will suffer from some sort of dementia. It behooves the Japanese, as well as us all, to better understand and integrate the needs of those with Alzheimer’s into the patterns and programs of everyday life.

Care Package: A New Documentary About Caregivers And Receivers: Anyone who’s a caregiver or care recipient knows the challenges that can arise for both sides of that relationship. In a new documentary called CARE, filmmaker Deirdre Fishel allows us to go behind the scenes to see how a close and loving relationship can form between a paid caregiver and dependent senior, while at the same time recognizing the difficulties each one has to contend with. The film also places this relationship in the context of larger problems with caregiving in the US. With community-based screenings scheduled throughout the country, this compelling documentary is also currently streaming online for free until Oct 5. To watch the film, Click Here. And for those of you who are family caregivers, you know how challenging that relationship can be. The Family Caregiver Alliance, an informational and advocacy group for family caregivers, has just developed a new online support service intended to tailor specific recommendations to the particular needs of family caregivers. The service is called CareJourney and you can read more about it Here.

Keeping Up-To-Date: Recent Medicare News: If you receive Medicare, or help a loved one who does, you know there are choices to consider each year when Fall Open Enrollment season begins. StartingOctober 15, Medicare recipients can determine whether they want traditional Medicare, or a Medicare Advantage Plan, as well as what type of prescription drug plan may be best. This year in particular, there are apparently new changes coming for Medicare Advantage Plans that mean you really need to pay attention to what you select. For help, the Medicare Rights Center has a list of items for you to consider as you head into open enrollment season. Check out their list Here. And speaking of updates, did you know that all Medicare recipients are scheduled to get new Medicare cards starting April 2018? Images of the new cards have just been revealed and the key feature will be a new number that will replace the currently used social security number on cards. Check out the plans for these new cards and their rollout by Reading Here.

Safety Net: Seniors In A Season Of Emergencies: You need only check out the latest news or listen to the latest weather report to know it’s been a season of emergencies. From hurricanes to floods to fires, all over the country people have faced dire circumstances that put their lives and property at significant risk. For seniors, who may be especially vulnerable, there is urgent need to be prepared- to have knowledge and resources ready in case of emergency. Over at Daily Caring, there’s a useful list of basic emergency preparedness tips- check out their recommendations Here. It’s also important to know post-disaster, what resources are available specifically intended to assist older victims. The National Council on Aging has put together some resources, especially aimed at recent hurricane survivors. Their list can be found Here. And for the many seniors dependent on prescription medications, knowing how to access needed drugs during times of emergency can help avoid a serious health crisis. AARP has some useful info about access to drugs during disasters- read it Here. Finally, you’ve surely heard by now of the 8 nursing home residents who died in their un-air-conditioned nursing home in the days following Hurricane Irma. Why did such a large cluster of seniors succumb to the heat? Find out by Reading Here.

Culture Club: The Benefits of Cultural Exposure For Healthy Aging: For many of us, the fall season means the start-up of some of our favorite activities: new museum exhibits, theater productions, music concerts or other cultural events that engage and delight us. And now, anew report from the National Endowment for The Arts gives us all the more reason to partake in these cultural activities. According to this report, seniors who attend such events as opera performances or museum exhibits have slower rates of cognitive and physical decline, and better health outcomes, than those who don’t partake. In fact, even just appreciating the arts has a correlation with better health for seniors. It’s an intriguing finding- one that underscores the need to create access to the arts for all seniors, regardless of economic, physical or social barriers. So take out those opera glasses, and read more about this new report Here.

Telling Her Story: A New Film About The Life And Work of Writer Joan Didion: Joan Didion is an iconic American writer, whose work of literary journalism and non-fiction has reflected American moral, social and political complexities over the last fifty years. She’s also written about deeply personal tragedies, including the death of her husband John Gregory Dunne, whose life and death were captured in her award-winning book The Year Of Magical Thinking. Now, at age 83, she is about to be profiled in a new documentary directed and produced by her nephew, the actor Griffin Dunne. The movie, titled “Joan Didion: The Center Will Not Hold,” will premier at theNew York Film Festival and will be on Netflix starting in late October. At this late stage in life, Didion, herself a screenwriter, may now acquire additional fans as the star of her own film. Still tough and yet vulnerable, Didion comes across as complex as any of the subjects she’s tackled. For more about her, read this new Vogue magazine profile Here.

THE LAST WORD: “We imagine things- that we wouldn’t be able to survive, but in fact, we do survive. We have no choice, so we do it.” Joan Didion