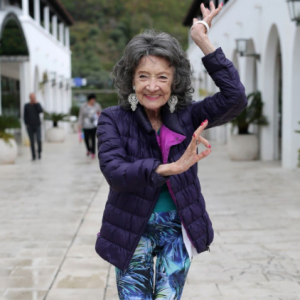 -Adult Swim: The Benefits Of Swimming For Seniors

-Home And Away: Living Retirement Life On The Road

Adult Swim: The Benefits Of Swimming For Seniors: The arrival of Labor Day usually means the season’s last swim in the ocean or lap in the pool. But for seniors, the benefits from swimming are too significant to confine the activity to just a few months a year. Research has demonstrated swimming provides seniors with better cardiac and mental health while lowering the risk of falling and high blood pressure. And with no strain on painful joints, swimming is an excellent activity for those with arthritis or those who can’t partake in weight-bearing exercise. To find out more about the health benefits of senior swimming, grab your towel and Read Here.

Aging Out: Religious Affiliations Shifting With Age:  Compared with other nations, America stands out for its religiosity- but to which religions are we devoted? Turns out, as we are aging, religious affiliations are aging as well.  According to a new study by the Pew Research Center, several Presbyterian denominations, among other religions, are seeing their average congregant age rise, with only about 1 in 10 of every member now under the age of 30.  Those religions considered “emerging,” including people who identify with no religion, have the greatest proportion of younger members. Unless they are able to attract more young people or find a way to better connect in their communities, certain denominations may eventually fade away. Where does your religion rank in the aging game? Find out Here.

Watchful Waiting: Understanding Medicare’s “Observation” Care: At some point, you may get this call: your older loved one is in the hospital and doctors are monitoring the situation to determine what’s going on. With luck, nothing dangerous or life-threatening will be found and perhaps your loved one will leave the hospital after a day or two. But that’s when the real danger may begin: If your older relative was under “observation” care at the hospital, chances are Medicare won’t pay for all the actual hospital costs, and out of pocket and co-pay expenses may skyrocket as a result.  What is “observation” care and how do you know when an older patient’s care falls into that category? Find out from Kaiser Health News Here.

Home And Away: Living Retirement Life On The Road: For some people, retirement means downsizing your living quarters and giving up some no longer needed furnishings. Lynne and Tim Martin decided to take this retirement activity to its extreme: Giving up their house and worldly possessions, the Martins have spent the last five years with two suitcases, two computers and a lot of joie de vivre as they have traveled the world as nomadic retirees. On their website, Home Free Adventures, you can read all about their travels, travails and everything in between. Curious as to how they have had the courage and cash to spend their golden years on the move? If so, Read Here.

Sign Up: New Alzheimer’s Study Looking For Volunteers: Many of us who have watched family members battle with Alzheimer’s have wondered if we, too, will someday succumb to that fate. In a certain percentage of Alzheimer’s cases, genetic inheritance does play a role. For those at high genetic risk, there’s now a new research protocol to try to find a way to delay or prevent the onset of the disease. Through a public/private partnership of funding sources across North America, Europe, and Australia, this new study- The Generation Study- is about to launch. Researchers are looking to enroll cognitively normal adult volunteers, ages 60-75, who have a family history of Alzheimer’s. Might this have some relevance to you and your family? To find out more, Read Here.

Om-Azing: The World’s Oldest Yoga Teacher Defies HerAge: After 70 years of engaging in yoga, she probably knows a thing or two. In fact, Tao Porchon-Lynch, currently age 98, still shares her love and knowledge of yoga as the world’s oldest yoga instructor, according to the Guinness Book of Records. With her sold-out classes in Westchester County, NY and her yoga workshops and retreats around the country, Ms. Porchon-Lynch is a living example of how one can overcome the physical and mental challenges of aging through the practice of yoga. Given her personal wisdom- “There is nothing you cannot do”- and her youthful energy, you won’t be surprised to learn about all of the amazing activities in which she is engaged. To enter the world of Tao Porchon- Lynch, clasp your hands together and Read Here.

THE LAST WORD: “It is not by the gray of the hair that one knows the age of the heart.” Edward G. Bulwer-Lytton