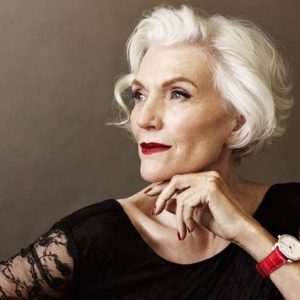 -For The Long Term: The Japanese Physician Who Championed Longevity

-Under The Gun: What To Do About Guns And Seniors

-In Plain View: A Son Chronicles His Mother’s Battle With Lewy Body Dementia

Heart Health: Understanding Atrial Fibrillation: September is known for the celebration of lots of wacky holidays, including National Play Doh Day on September 16th! But on a more serious note, it’s also the month for awareness and advocacy on behalf of atrial fibrillation (AFib), the irregular heart beat syndrome that can cause serious illness and even death if undetected and untreated. Age is the most common risk factor for AFib and your chances of being afflicted increase as you get older. Untreated AFib can lead to stroke or a weakened heart, so it’s critical you understand the symptoms and ways to respond. For a general overview of what to look for and how to get diagnosed,Read Here. And for a comprehensive review of symptoms, treatment, research and resources pertaining to AFib, read this info from the US National Library of Medicine Here.

For The Long Term: The Japanese Physician Who Championed Longevity: This past July, Japan mourned the passing of Dr. Shigeaki Hinohora, a physician and longevity expert who himself lived until the age of 105. Considered a national treasure, Hinohora had enormous impact on the lives of Japanese citizens, who live longer than any people on the planet. He practiced medicine until a few months before he died and was known for his incredible energy, vitality and love of life. Dr. Hinohora was also a best-selling author and someone who fought vigorously against the concept of retirement. In case you missed notice of his passing, read about his remarkable life Here. And to read a summary of his wisdom for living a long and healthy life, check out his advice Here. Finally, consider the following: While Dr. Hinohora was able to practice medicine well into his 100s, should there be any limits on the practice of aging physicians? It’s a controversial topic, as advanced age does not necessarily equate with the loss of skills or abilities, but some states and physician organizations are now beginning to grapple with the aging of our physician workforce. Read a sample of what’s happening in this arena by Clicking Here.

First Rate: Patient Rating Systems For Doctors: Some of us won’t go to a restaurant or attend a performance without first checking how other people rated the experience. Sometimes other peoples’ perspectives are instructive and useful- and sometimes their ratings seem trivial or silly. The question is: what do we make of the ratings other people give for their physicians? Rapport and relationship with your physician can be very personal. And your experience may have little bearing on what someone else would experience- or would it? It’s a sensitive topic, made all the more so as Medicare is considering including patient ratings on its website, Physician Compare, which is intended to help consumers find physicians and other health care providers who accept Medicare. As you can imagine, there are groups in favor of, and opposed to, this inclusion of consumer ratings as part of the quality measurement of clinicians listed on this Medicare website. To find out more, check out this recent Bloomberg article Here. And for more general guidance on how to choose the physician that’s right for you, read this advice from Consumer Reports Here.

Under The Gun: What To Do About Guns And Seniors: Many of us have had this conversation, for ourselves or our loved ones: Is there a time when driving should stop and the car keys be handed over, for the safety of the driver and others on the road? Well, in certain households, a similar conversation needs to happen about guns. Gun ownership is prevalent throughout the United States and senior citizens are no exception. In fact, aPew Research study from 2014 found that older Americans are disproportionately likely to have guns in their homes. It’s a serious concern, both for the safety and well being of the senior and for others with whom she/he comes into contact. Accidents can happen and cognitive decline can make the potential risk all the more likely. Read more about the implications of this serious problem Here. And what do experts recommend? Take a look at the guidance issued by two physicians Here.

3M: Model Maye Musk: Fashion Icon, Nutrition Expert And Runway Model At Age 69: Right now in New York, there is quite a lot of hoopla going on for New York Fashion Week. And one of the most in-demand models currently walking the runway is Maye Musk, who, at 69, has a modeling career that’s the envy of models just a quarter of her age. Not only is she a muse, model and mother (to none other than Elon Musk, founder of Tesla), but she’s also a grandmother, nutritionist and author of scholarly articles on food and diet. She’s also a social media star, with over 50,000 followers on herInstagram account. And she has two websites, one associated with her modeling career and one where you can find out more about her nutritional advice and scholarly research. If you’re dizzy just thinking about all she does while traveling around the world for her work, take a seat and read more about this amazing woman, and the lives she and her family have led, by Reading Here.

In Plain View: A Son Chronicles His Mother’s Battle With Lewy Body Dementia: It’s not uncommon for an adult child to be the caregiver for an aging parent. Perhaps it’s a little less common when that caregiver is a son. But perhaps most unusual of all is the son’s decision to document the time he spends with his mother, as her world collapses because of Lewy Body dementia, a little known type of dementia that afflicts over one million people in the US. It’s through this documentation, on video and social media, that Molly’s Movement was born. Joey Daly started this movement in the beginning of 2017, creating a weekly YouTube series of his visits with his mother Molly and a Facebook support group for others grappling with similar issues. It’s raw and real and watched by people all over the world. For a short documentary by NBC about the story behind Molly’s Movement, Watch Here. And for more information about Lewy Body dementia, Read Here.