Reasons For Optimism: A New Era For Older Workers? 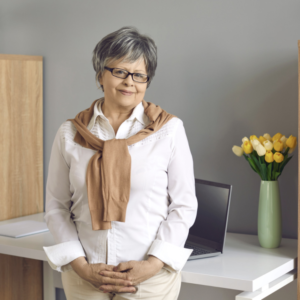 Reasons For Optimism: A New Era For Older Workers?

Despite the growing numbers of older adults continuing to work into their later years (it’s anticipated that 16 million Americans 65 and over will be working by 2030, as compared to 10.6 million right now), many surveys and opinion polls paint a somewhat dim picture of the current marketplace inhabited by older workers. Whether for money or social engagement, many of us wish to continue working beyond age 65, yet a recent AARP survey reported 78% of older workers say they experienced age discrimination in the workplace, and nearly ½ of older workers believe they are underpaid yet unlikely to leave their positions despite their salary. Furthermore, a recent NPR report highlighted the plight of older, unemployed workers, who will probably experience longer-term unemployment than their younger counterparts and who, to date, don’t seem to be benefiting from worker shortages around the country. As one expert suggested, during the pandemic, “A lot of employers may have used the once-in-a-lifetime opportunity to get rid of older workers,” who may cost more to employers than younger workers. And there continues to be evidence that hiring algorithms and HR departments still discriminate against taking a chance on older workers.

So, is there good news to be had for older workers? To begin with, don’t let this sobering news discourage you from staying at your position or looking for a part-time new position for a bit of a financial boost. As was suggested in a recent Motley Fool post, there are positive reasons to keep on looking and working even if you don’t snag that high-paying job. Just a small amount of income can boost your spending options, especially in a time of continued low-interest rates and increasing inflation, and the growing acceptance of remote work options eliminates the unpleasant commute or the need to relocate. Plus, the social interaction that comes from engaging in work with others is critical to maintaining your cognitive functions. Furthermore, many experts believe we’re on the cusp of a new narrative for older workers in the workplace. Discriminating against older workers means companies are not leveraging their most valuable investment: their talent, which includes both older workers with wisdom and experience, as well as younger workers, who can be mentored by their senior colleagues and can also be harmed by ageist stereotypes. Experts agree that it’s high time to build a workplace environment where younger and older employees can build trust and mutual respect.

And for some real optimism, consider the wisdom of Tim Driver, the CEO of Retirement Jobs and Founder of the Age-Friendly Institute. With his years of experience in finding employment for older workers and in convincing employers to develop age-friendly employment programs, Driver knows of what he speaks. In a recent interview with Next Avenue, he stated that “Management  is learning it can’t afford to ignore experienced workers anymore, both those on the payroll and ones applying for jobs.” He believes the culture is changing to embrace the value of older workers and as proof, he’s had almost 200 major employers sign on to become certified as age-friendly employers. As workplaces lean in to embrace all aspects of diversity in this new era, age diversity will take its place alongside race, gender, and LGBTQ diversity. Driver is convinced that employers are beginning to understand it’s to their competitive advantage to hire and keep older employers. Along that line, click here to find a new list of the best states for employment for older workers.