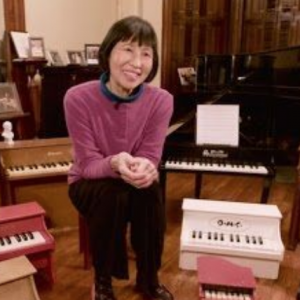 70-year-old classical musician Margaret Leng Tan has devoted her life to being a serious musician, becoming the first woman to earn a doctorate from Juilliard in 1971. Yet her mastery of the toy piano, hardly a conventional choice, has led her on an unconventional musical path. Highly influenced by the avant garde musician John Cage, Tan made her Lincoln Center debut on the toy piano in 1993. She has played around the world, including Carnegie Hall, and she continues to find new inspiration and musical ambition with this highly unusual calling. To hear her talk about her music, and listen to her play, Watch This.