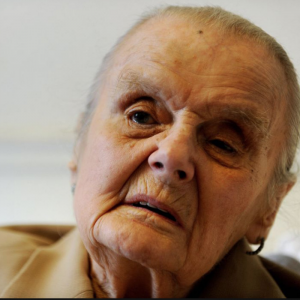 -A Bone To Pick: Women And The Risks Of Osteoporosis Drugs

-For The Record: Tracking Down Your Old Medical Records

-Google It: Google Goes In Big On Palliative Care

-Get Some Sleep: The Toll Of Sleep Loss On Heart Health

A Bone To Pick: Women And The Risks of Osteoporosis Drugs: The statistics are startling: from 2008 to 2012, the number of women using bisphosphonates in response to osteoporosis fell by 50%. The reason? Concern about the dangerous side effects of such drugs, including bone death in the jaw and fractures in the top of the femur. While these are real and serious risks, in fact, they are rare. A recent article in the Harvard Women’s Health Watch warns that by avoiding bisphosphonates, women may in fact be escalating the more likely risk of a serious osteoporotic fracture, which may lead to debilitating and life-altering consequences. The key is to understand how the balance of risks comes out in your individual circumstance. To begin to understand what’s at stake, and what may break, Read Here.

For The Record: Tracking Down Your Old Medical Records: Who can remember all of the interactions you’ve had with the health care system over the course of your life?  For example, consider the following: What was that medication you took years ago for gastric reflux? Or when did you get that last tetanus vaccination? Sometimes it doesn’t matter if you don’t remember, but sometimes it does. Depending upon where you received treatment or who your physician was, it may be quite challenging to track down records from past encounters. Recently, columnist Ron Lieber fromThe New York Times wrote about his odyssey to track down his entire medical history, starting with his pediatric vaccinations from way back when…The result? An interesting fall down the rabbit hole of medical records, insurance companies and data collection services. To follow along on Lieber’s retrieval of his health history, Read Here.

Google It: Google Goes In Big On Palliative Care: News came out last week that the venture capital arm of Google made a new $32 million investment. What did they invest in? The latest high tech gadget? The trendiest new social media platform? Nope. Google invested that huge sum in a company that provides palliative care. Come again? Palliative care, that multi-disciplinary form of health care that focuses on symptom relief and quality of life, rather than cures, for very sick patients, seems like a curious place to park so much money.  In fact, Aspire Health, the relatively new healthcare firm that received this investment, is betting there is a huge and underserved market for palliative care as our population ages and people live longer. While it’s unclear whether a for-profit provider can do well by patients, and investors, by providing palliative care to patients with cancer, dementia or organ failure, there is no doubt that a greater availability of quality palliative care services would be a tremendous benefit to patients and their families alike. To read more about this move by Google, Click Here.

Get Some Sleep: The Toll of Sleep Loss On Heart Health: New research suggests it’s time to take seriously your lack of sleep. Turns out that for older women, a link has been found between lost sleep and increased risk for heart disease and stroke.  We already know that sleepless nights may be contributing to your high blood pressure, and greater risk for obesity and inflammation. Now it seems that in addition, your lack of sleep may put you at higher risk for plaque build up in your blood vessels and thickening of your artery walls. While the increased risk is moderate, the totality of negative outcomes for your body from lack of sleep is large and undeniable. So grab your pillow and Read Here. And for some useful tips on better sleep from The New York Times, Read Here.

Dignity For The Dying: Desmond Tutu Supports Assisted Death: In a moving op-ed in The Washington Post, Archbishop Desmond Tutu of South Africa has voiced a controversial but important opinion. As someone who has devoted his life to the dignity of all human beings, he has now shifted his focus to life as it comes to a close. At 85 years old, Tutu has begun to reflect on his own limited lifespan and has come to the conclusion that “Dying people should have the right to choose how and when they leave Mother Earth.” Tutu addresses what may become the next big civil rights battle of our time. Find the thoughts of this Nobel Peace Prize winner Here.

Trail Blazer: The 105 Year Old Journalist Who Broke Glass Ceilings: At age 105, Clare Hollingworth is no longer traveling the world as the pioneering female foreign correspondent she once was. But in addition to celebrating her remarkable age, it’s important to celebrate the career of this journalist who not only reported on great moments of history but who herself was an actor on the world stage. Credited as being the first journalist to report on the beginning of World War II, Hollingworth was responsible for the evacuation of thousands of Jews from Eastern Europe into Britain. She was also on hand to cover the brutal Algerian War and to reveal the spy role of Kim Philby. A pretty remarkable life for a farm girl born in 1911 in rural England. To read a moving tribute to this amazing woman, Read Here.

THE LAST WORD: “Seventy is the new 50. That’s not just a cliche. It really is a reasonable statement these days.” Steven Austad, Scientific Director of the American Federation for Aging Research