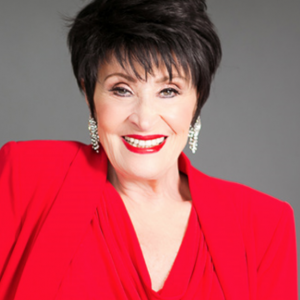 -Breach Of Faith: No Guarantees With Hip Fracture Surgery

-Talk About It: Sleep Coaches Can Lead To Better Sleep

-Fresh Air: Terry Gross Introduces Us To A Hospice Chaplain

-Dancing With The Star(s): 83 Year Old Chita Rivera Kicks It Up At Carnegie Hall

Breach Of Faith: No Guarantees With Hip Fracture Surgery: In a new study just published in the Journal of General Internal Medicine, researchers have determined that 1/2 of older people who undergo hip fracture surgery never fully recover nor return to their previous levels of independence. Most hip fractures result from falls. This study, however, underscores that once you experience a hip fracture, your odds of returning to your previous level of activity are iffy. If you are over 85 and suffer from other health problems such as dementia, your odds are even slimmer. It’s therefore important for patients and families to be realistic about the benefits of such surgery and, better yet, to do all that’s possible to avoid falls in the first place. So grab that railing tight, and Read Here.

Spell It Out: Definitions For Various Medicare Terms: Most of us have a basic sense of what Medicare is: health insurance for older people. But the components of Medicare, and the expanse of its coverage, are often more complicated than beginners realize.  Different parts, different enrollment options, some things covered, some things not- an array of terms that can confuse and confound. How to understand it all? Perhaps you’d like a glossary- well, US News and World Report has just published one. Read it Here. And do you carry around your Medicare card? You might want to re-think that. Find out why Here.

Nature Calls: Urinary Tract Infections In Seniors: Most of us can easily recognize the discomfort: burning, pain, annoyance. Let’s face it: urinary tract infections (UTIs) are no fun.  If you are older, a UTI may be less easy to detect but possibly life-threatening. Millions of seniors wind up in hospitals each year due to UTIs and many even acquire UTIs from hospital catheters. These infections are sometimes difficult to diagnose and challenging to treat. While men can suffer, women are more likely to be afflicted- and 1/3 of women over 85 get a UTI each year. To find out more about the parameters of this all too common infection, Read Here.  If you’re wondering whether cranberries works to combat UTIs, read about this new study of female nursing home patients Here.  And for more general info on good bladder health, read this National Institute of Health guideline Here.

Talk About It: Sleep Coaches Can Lead To Better Sleep: Sleepless nights often lead us to desperate measures. Way too many of us, seniors especially, turn to medications to try to coax sleep along- which can lead to real risks for older people. But it turns out that CBTI (cognitive behavioral therapy for insomnia)- essentially a talk therapy- can bring about real improvement in the quality of sleep.  Unfortunately there is a shortage of therapists able to provide such therapy, so few seniors avail themselves of it. However, in a new study in the Journal of the American Geriatrics Society, researchers have determined that “sleep coaches,” trained to deliver this therapy, can bring about real relief. To better understand this study, and determine whether such a coach could bring about sweet dreams for you, Read Here.

Fresh Air: Terry Gross Introduces Us To A Hospice Chaplain: You tune in to Terry Gross on NPR to hear her insightful interviews with celebrities, intellectuals, policy makers and pundits- overall, an array of fascinating characters who reveal themselves in intimate conversations. In one of her most recent interviews, Terry introduces you to Kerry Egan: a young hospice chaplain, aware of her own flaws and candid about the patients she sees as their lives come to a close. It’s a surprisingly upbeat and fascinating glimpse into the work of a pastor who doesn’t preach but instead opens her arms and heart to the honesty and emotions that accompany people as they pass into death. Read about, and listen to, the world of Kerry Egan Here. And find out more about her just published memoir, On Living, Here.

Dancing With The Star(s): 83 Year Old Chita Rivera Kicks It Up At Carnegie Hall: You know her from decades of movie, theater and television performances, not to mention she’s been nominated for a total of 10 Tony Awards. But what you may not know is that on November 7th, 83 year old Chita Rivera is finally coming to Carnegie Hall for the first time. Notwithstanding career ups and downs, and multiple surgeries, including a recent knee replacement, Rivera is still dazzling and dynamic. Her Carnegie Hall debut will include many younger collaborators, including cast members from Hamilton. Read about Chita, and see a slide show of her career highlights, Here.

THE LAST WORD: “You’re not supposed to wish your days away when you’re 90, but this honestly cannot come soon enough.” Former Congressman John Dingell tweeting on Oct 25 in a comment on the 2016 election