Newlyweds In Their Nineties: The Remarkable Story of Edith And Eddie 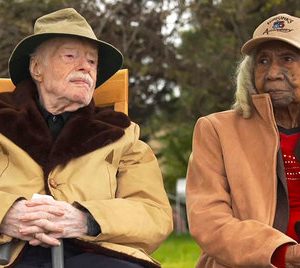 Newlyweds In Their Nineties: The Remarkable Story of Edith And Eddie

Getting married is always exciting and anxiety provoking- getting married in your 90s has got to heighten the level of excitement and anticipation. Getting married in your 90s, to a person of another race, adds more intrigue, and in this particular true life story, significant drama. Welcome to the story of Edith Hill and Eddie Harrison, two Virginia seniors who, after 10 years of companionship, decided to wed, much to the chagrin, and over the protestations, of some family members. It’s a poignant love story made all the more heart wrenching because of the age, race and life circumstances of each of the lovers. A new documentary portrays the sweetness and ultimate sadness of this tale, and the film is making it’s way through film festivals this fall. To find out when it’s playing near you, and to learn more about the film, Click Here. And if the story is provocative, so, too, may be the campaign to get the film nominated for various awards. It seems that the actress Cher has decided the film, the story and it’s social justice cause, are worthy of promotion and recognition. Read more about her support of this film Here.